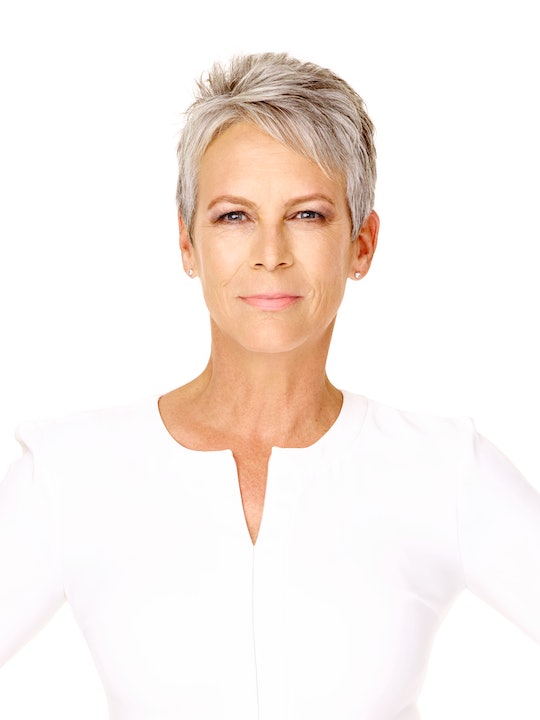 This Summer, Jamie Lee Curtis Wants Parents To Listen To Their Kids

“I understand the complexity of a modern mom with kids — totally — but listening is the key.”

Heading into this new, post-pandemic summer season, making memories is on the agenda for many parents. But, how do you re-imagine the fun and freedom of childhood summers with your own kids in 2021? Listening to a podcast set at summer camp is a great place to start and the Audible Original podcast Letters From Camp from Hollywood icon Jamie Lee Curtis delivers summertime nostalgia straight to the ears of families everywhere.

Curtis tells me in a phone interview that during her own childhood, she loved everything about camp. “I loved my trunk. I loved my bunk. I loved my bunkmates. I loved my cabin. I loved lanyards and waterspouts and bug juice and food and songs and s’mores and I loved the communal feeling. And I loved that you could reinvent yourself — that you could be a new you.” She says that’s exactly what camp should do. “Not what school wants you to be, not what parents want you to be, but who you want to be. And that to me is the miracle of camp.”

If you aren’t already familiar with the Camp Cartwright crew from the scripted family show’s first season, listening in is basically like story time for the whole family. In the first season, you’re transported to summer camp where 11-year-old Mookie attempts to unravel a longtime camp legend. In Season 2, out now, listeners meet Mookie heading back for another mystery-filled summer at camp.

Curtis explains that another huge reason the nostalgic feeling is so present is that that the show is set in 2005, which was done for a very specific reason. “We wanted to avoid social media,” she explains. “I think social media is a poison for the youth of the world. I understand there are good aspects of it — it allows freedom of information, people are able to share things, particularly for people who are isolated — but I actually think it's a poison and am concerned.”

In 2021, though, social media use is practically unavoidable. Curtis’ advice for parents as they navigate the trials of managing their kids online is to establish hard and fast ground rules with complete transparency early on. “It’s a very tough world you’re in,” Curtis acknowledges. “But the truth of the matter is, you as a parent are your child’s teacher. You, until they are legally an adult, have the rights and privileges of monitoring what they are doing.”

She compares outright outlawing social media for your teen to the movie Footloose. “Then it’s the only thing they want,” she says. “I can’t stop you from passing notes to a friend in class,” she says parents can say to their kids, “But I can monitor your interactions through the internet, which is not a private or safe place.

“I think if you establish those ground rules from the beginning and limit the screen time — limit the amount of chat time — I think those are two things you can do as a parent and still not make it a prohibition.”

Another important aspect of navigating modern parenthood is connecting with your kids, something listening to the Letters From Camp podcast can help with. “It’s about something,” Curtis emphasizes, adding that the podcast also isn’t just another “mindless camp comedy.”

“I believe that young people have integrity and we wanted Mookie and all of the characters to have integrity,” she explains. “One of the characters in Season 2’s family is going through a very difficult time and we explore it — what does that do to a kid if parents are divorcing or if parents are separating? We talk about sexuality because it’s 2021 and sexuality is very real in adolescence and that burgeoning exploration is common in the world. I think to avoid it and pretend that nobody has feelings is a mistake.”

She calls tween-hood “the most confusing time” and explains that kids in that age group today are worried about social justice and climate change and that their thoughts and feelings about big, worldly topics really do matter. “I think we’ve tried to turn them into bubblegum and kind of compartmentalize them in that way, and I think they’re more complex,” she tells me, adding that the lens of giving the age group the agency they deserve shaped the development of Letters From Camp.

Though the podcast certainly opens the door to a number of important topics, for parents who struggle to connect with their kids, Curtis’ advice is simply to listen. “I think we need to create a listening hour where we’re not telling them what to do, we’re not telling them our expectations of what they’re gonna do, we’re not talking about the future,” she says. “Because we’re always talking about the future with kids — next year of school, college, high school. But just set aside an hour to go in and listen. Because listening is an art form.

“I’m not a pollyanna. I’ve raised two children to adulthood. I understand the complexity of a modern mom with kids — totally — but listening is the key,” Curtis says.

Speaking with the wisdom of a seasoned mom who isn’t afraid to wade through the muck of raising kids, her message about listening to kids is crucial for parents. But Curtis also isn’t shy about sharing one great summer experience she thinks every kid should have: Sleeping outside.

It doesn’t have to be fancy, but getting out of your comfort zone with an outdoor campout could encourage some connection between kids and parents, she explains. “You don’t have to do s’mores. You probably already have a flashlight, and that’ll be fun. But try to get outside and sleep outside. Just do something different.”