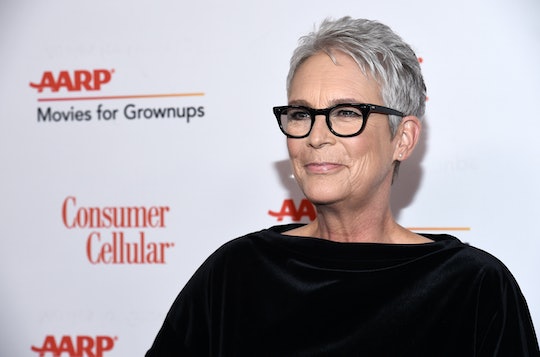 The proud mom said she’s “watched in wonder and pride as our son became our daughter Ruby.”

In a recent interview with AARP magazine and with her daughter Ruby’s permission, Jamie Lee Curtis revealed her youngest child is transgender. The Freaky Friday actress and mom of two admitted that she needed to rid herself of “old ideas” about gender constructs and has watched her 25-year-old daughter Ruby’s journey with the realization that life is a “constant metamorphosis” to be embraced.

Curtis and husband Christopher Guest have raised two children together during their 36 years of marriage, 34-year-old dance instructor daughter Annie and 25-year-old daughter Ruby. The two proud parents have “watched in wonder and pride as our son became our daughter Ruby,” Curtis told AARP, adding that she had some more happy news to share. “And she and her fiancé will get married next year at a wedding that I will officiate.”

The proud mom’s open joy in sharing her daughter’s happy news was met with support on social media, with Twitter users writing messages like, “Thank you Ms. Jamie Lee Curtis for not only supporting your trans daughter, but also the LGBTQ community,” and “Supportive parents are golden. Hurrah!”

Curtis has long been an advocate for the LGBTQ+ community, explaining in an interview with Pride Source in 2019, “You don’t have to have your own experience in order to feel compassion and the need for justice and equality. In the LGBTQ world, certainly I have friends and family, but I don’t have to have the direct experience in order to feel the compassion that I truly feel for acceptance and equality in all areas.”

Much like any loving mother out there, Curtis appears to just be happy that Ruby knows who she is; at the end of the day, that’s all a parent really wants for their child.