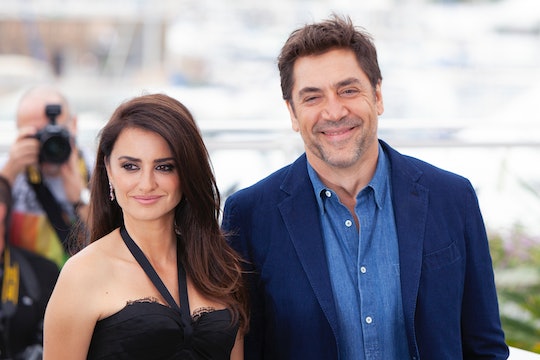 The power couple are protective of their two children, Leo and Luna.

Whether or not Javier Bardem and Penélope Cruz win an Oscar in 2022 — yes, they’re both nominated this year — they will undoubtedly be just as happy and charming as ever. These two stars appear to have found the secret to a happy life with their two children, Leo and Luna, and perhaps it has something to do with their decades-long love story.

Bardem and Cruz have a long history together. The two actors first met in 1992 on the set of the Spanish film Jamón Jamón. In 2017, Bardem opened up to GQ UK about his first encounter with the woman who would someday become his wife, admitting “nothing romantic happened” for a good reason. “She was underage,” he told the magazine. It would be more than a decade before they found themselves getting romantic together.

While the two kept in touch, they didn’t really reconnect until they were working together on the set of Woody Allen’s 2007 movie Vicky Cristina Barcelona. This time around, the two were ready for a love connection. Even if they did need a little gentle prodding. “I don't know if we were shy or trying to be too professional,” Bardem told GQ UK. “Anyway, it got to the very last day of filming and nothing had happened. So I thought, 'F***! We better get drunk!' Luckily a friend of ours threw a wrap party and, well, the rest is history. Thank god!”

The co-stars started dating and quickly became engaged in 2009, marrying in a private ceremony in 2010. While Cruz has made it her policy not to discuss her marriage in the press, every once in a while Bardem can’t help himself. Like when he won the Best Actor award at Cannes Film Festival that same year and said in his speech, “I share this joy with my friend, my companion, my love: Penélope. I owe you a lot and I love you so much.”

Not long after the couple got married, they welcomed their first baby, a boy named Leo. An arrival that Bardem told Vulture changed him immeasurably. “Life has changed. We have grown. Everything is different once you’re family. That is the priority, as it should be. We’re no exception from that. We work as hard as we can, but we recognize how hard we can work depends on each other’s needs. It’s important not to be confused by fiction. Fiction is fiction, reality is its own thing.”

The couple welcomed daughter Luna in 2013 in Madrid, and have kept their lives intensely private as a family of four. Something Cruz admits is an active, ever-evolving decision on their part as their kids grow.

The parents have a strict rule about social media.

Now that her kids are getting older, Cruz told CBS Sunday Morning in 2021 that she and Bardem have implemented a rule; no social media until they are 16 years old. “There is no protection for them, for brains that are still developing and how that affects the way they see themselves, how everything related to bullying, so many things that are not the childhood that we had,” Cruz explained, admitting she is “very tough” on technology with some exceptions. “We can watch movies sometimes or some cartoons. How can I not let them watch movies? That has been some incredible moments of happiness since I was a little girl.”