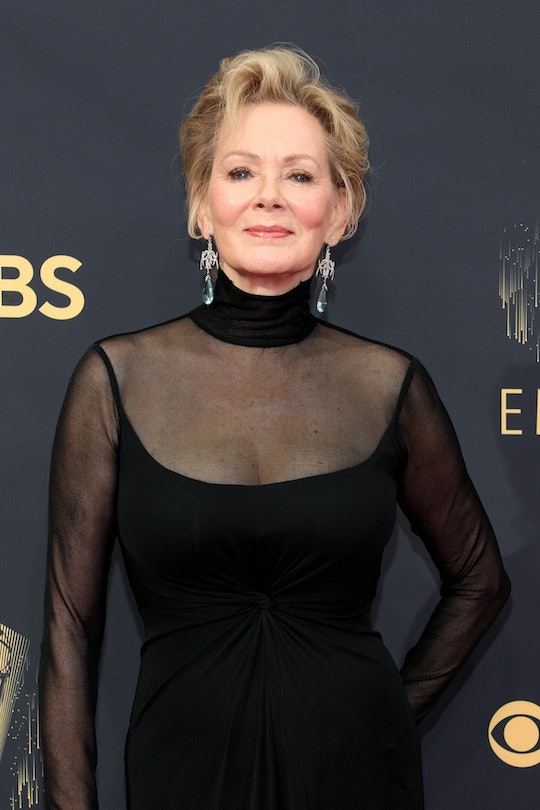 Jean Smart’s date at the 2021 Emmy Awards really understood the assignment. On the red carpet, the award-winning actor’s young son Forrest captured everyone’s hearts when he reassured her that all the time she was away working on her roles for Hacks and Mare Of Easttown was “worth it” to join her at the Emmys.

On Sunday evening, Smart was joined by Forrest as she spoke with Karamo Brown, who was hosting the E! Red Carpet Live event. When Brown asked Forrest, “How proud are you of mom getting nominated?,” he answered as his mom beamed down at him, “I’m very proud of her. She really deserved it; she worked really hard for everything.”

Smart, looking like she was holding back tears, asked Forrest, “So when I had to leave you to go work in Philadelphia for all those months, it was OK? I always felt so guilty about that.” Talk about hitting that working mom guilt on the head.

Forrest’s response should make everyone feel better: “It was OK. This is worth it.”

Jean Smart’s son’s support of her had everyone emotional.

Forrest’s support of his mom really got to a lot of people.

One social media user wrote exactly what we were all thinking: “Jean Smart’s kid making me cry, dammit.”

Smart won the Emmy for a Outstanding Lead Actress in a Comedy Series for her role in Hacks, and of course she gave a beautiful shoutout to Forrest for being so understanding of the time she spent away from him while she was filming. It was a full-circle moment for them, and she couldn’t have looked better if she tried.

Another social media user pointed out that Smart’s sweet moment with her son was especially poignant after the tragic loss of her husband, actor Richard Gilliland, who died suddenly in March. “Jean Smart just introduced her son to the world and that was so special after the treat she had (losing her husband)…”

Jean Smart’s relationship with her son has everyone emotional.

Finally, one social media user took to Twitter to just share a screenshot of the mother-son duo and a bunch of crying emojis. Because really, what else can you do when faced with such love and respect from a son for his mother?