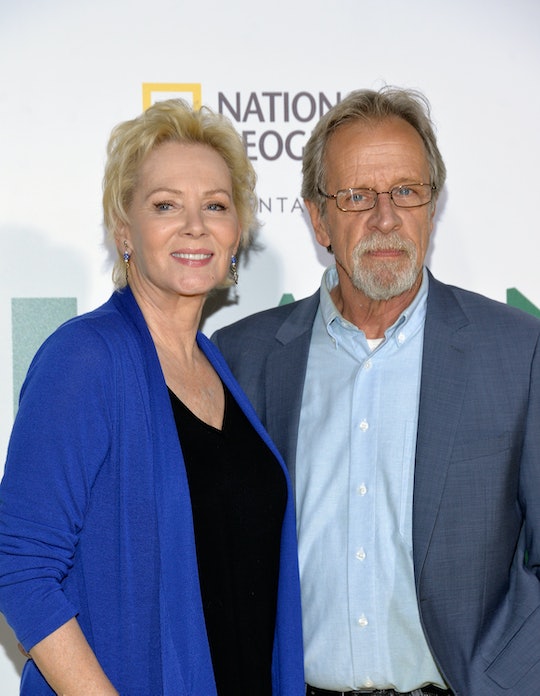 Jean Smart Gave A Touching Tribute To Her Late Husband, Richard Gilliland, At The Emmys

“I would not be here without him.”

Jean Smart started off on a somber tone at the 2021 Emmys as she paid tribute to her late husband, Richard Gilliland, while accepting the award for Best Actress in a Comedy Series for her role as Las Vegas comedian, Deborah Vance, in HBO Max’s Hacks.

“Before I say anything else, I have to acknowledge my late husband, who passed away six months yesterday,” Smart said Sunday after receiving a standing ovation from the audience. “I would not be here without him.”

Gilliland, an actor and the father of two children with Smart, died in March “following a brief illness,” according to Variety. The couple first met on the set of the late ‘80s sitcom, Designing Women, and tied the knot in 1987, according to USA Today.

Gilliland died unexpectedly while she was filming Hacks, Smart explained to The New Yorker in June. Amid this devastating loss, she still had a week left of filming. “That was hard. I had to do a funeral scene,” she said. “I was a wreck, but it actually turned out to be very funny.”

Her ability to power through her pain to deliver an award-winning comedic performance pretty much proves why she deserved that standing ovation on Sunday night.

When Smart said that she would not be on the stage accepting her award at the Emmys without her husband, she meant it. Smart told The New Yorker that her husband would often sacrifice his career so she could pursue roles on her own. “He was one of those actors who never got the chance to really show what he could do,” she said. “A couple of times on stage, he did. But he really sacrificed his career for me to be able to take advantage of my opportunities. I wouldn’t have all this if it wasn’t for him.”