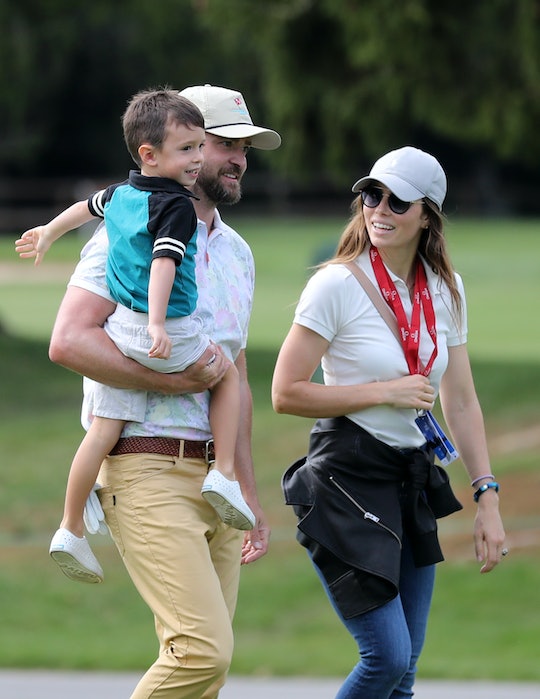 “If my kids want to be musicians, the bar is high. I worry are they going to be like, ‘I can never be as good as my dad.’”

Jessica Biel may be married to one of the most successful male pop artists of all time, but she’s hoping she’s not raising two musicians in the making. In an interview on Dax Shepard’s Armchair Expert podcast, Biel revealed that although she would never attempt to stifle her young sons’ dreams, she’d prefer if 6-year-old Silas and 11-month-old Phineas pursued careers in anything but showbusiness.

“My knee-jerk reaction is: Oh God, no. Please, no,” Biel said when Shepard asked if she hoped her children would follow in her and husband Justin Timberlake’s footsteps by pursuing careers in the entertainment industry. “I would so much rather them be an engineer or something.”

Biel is no stranger to what it means to be a child actor. She landed her first major television role (playing Mary Camden on 7th Heaven) at the age of 14. Timberlake also broke into showbusiness at a young age, earning a spot on The All-New Mickey Mouse Club at the age of 12 before going on to join NSYNC a few years later. According to the Orlando Sentinel, Timberlake was 17 when NSYNC’s debut album skyrocketed the boyband to stardom.

The 39-year-old mother of two argued the invention of social media has fundamentally changed what it means to be a child star today as platforms such as Twitter and Instagram allow for more criticism and less privacy. But a lack of anonymity isn’t all Biel worries her children might face if they pursue careers as either actors or musicians.

“I think it’s the emotional part that’s terrifying — the intense rejection, the self-worth,” she said. “I worry about all those kind of things. I also worry about if my kids want to be musicians, the bar is high. And they’re boys so I worry are they going to be like, ‘I can never be as good as my dad.’”

Biel and Timberlake quietly welcomed their second child last summer. While news of Phineas’ birth wasn’t meant to be a surprise, it came as one to fans as stay-at-home orders and the coronavirus pandemic ultimately prevented news of Biel’s pregnancy from becoming public knowledge as she, like many other celebrities, made no public appearances.

But as much as Biel hopes her sons don’t become musicians or actors, she said she’d never intentionally attempt to hold them back if that was their dream. “I look at these kids and I’m like, ‘Oh sh*t, they’re probably going to be musical,’” she told Shepard. “What are you going to do — not let them play the piano? Or not let them take a voice lesson if that's their passion?”

“I think back to ... my parents,” Biel continued. “They wouldn't have stifled my dream. They weren't those type of people and I don't want to be that parent to stifle a dream.”