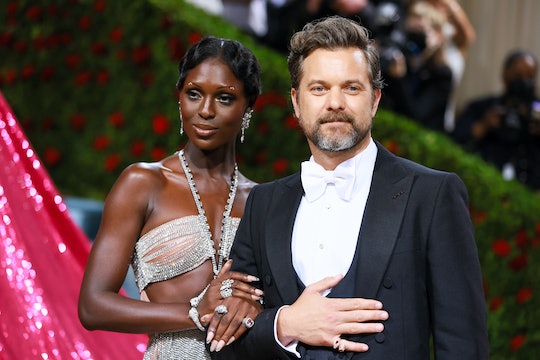 Jodie Turner-Smith Opens Up About Being Secretly Married & Pregnant

And why that was the most vulnerable time in her life.

Jodie-Turner Smith is one of the hottest British actresses to take over Hollywood. The stunner broke down barriers as the first Black actress to portray the historical figure Anne Boleyn, and her star continues to rise with a slew of critically-acclaimed performances. The mom and former model recently sat down for an interview with Bustle and opened up about motherhood, her secret marriage and pregnancy, and having the support of her husband and mother as a working parent.

Speaking with Bustle, Turner-Smith shared details of her confidential marriage as well the harsh scrutiny she and her husband, Joshua Jackson, faced while pregnant with their first child, Janie. “When I came onto the scene I was secretly married and I was secretly pregnant,” said Tuner-Smith. “And that was a story for people. I think a lot of it was because I was married to a white person. And I was married to a white person who has been in the public eye for decades and you know, has been someone that the tabloids like to talk about.”

The White Noise star shared that she moved to West Hollywood while pregnant to try and feel less isolated, but the plan backfired as she became the subject of relentless paparazzi and online hate. “I mean, it was like literally the most vulnerable time,” she told Bustle.

Turner-Smith has also been vocal about her decision to have a home birth because of systemic racism in the health care system and “negative birth outcomes for Black women in America.”

Luckily, Turner-Smith has had an incredible support system to lift her up and encourage her as a mother and professional. One person who is definitely in her corner is her husband who is well-known in the industry since his days on Dawson’s Creek. “Historically, women have always been asked to choose between being great mothers and great at their careers,” Turner-Smith told Bustle. “Josh has always tried to maintain that I would always have all the support that I needed so that I could do both.”

Turner-Smith also opened up about the details of her child care arrangement, sharing that her mother Hilda Smith, lives with her family and that she also employs a nanny. “Right now my daughter still comes with me most of the time, except when I go on trips that are under a week. That has been working for us so far. Obviously it's challenging because I don't want to create a space in which my husband can't see her when he's working.”

The Queen & Slim star has previously opened up about the special relationship that her daughter Janie has with her own mother. “To me, the concept of someone being close to their grandma was like a movie and TV thing. It wasn't real life. I'm just happy to create that world for my daughter. It really does take a village. And I have so many people helping me make it happen,” she told People.

With a thriving career and a supportive mother and husband in her corner, Turner-Smith is the epitome of winning. She’s the perfect example to own her daughter of a woman and mother who has built a life and village that allows her to follow her dreams.