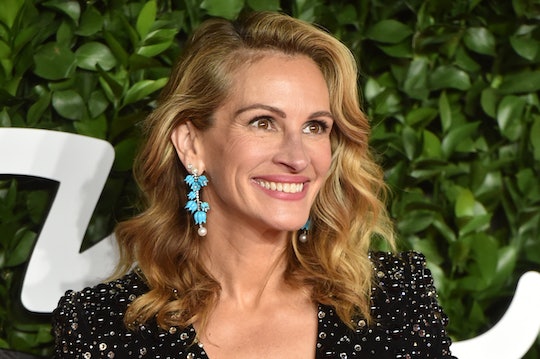 “I have a sense of great pride in being home with my family.”

How would you describe Julia Roberts in a pinch? Actress, icon, Oscar-winner, mom? Well, she might use those words to describe herself as well at some points, but Julia Roberts also likes to think of herself as a “homemaker.” In fact, she takes “great pride” in the years she has spent away from the spotlight and focused on her family.

The Gaslit actress sat down for an interview with The New York Times recently to talk about her return to the big screen after a long hiatus spent mostly with her husband Danny Moder and their three children: 17-year-old twins Hazel and Phinneaus and 14-year-old son Henry. “It wasn’t by design,” Roberts told The New York Times of her time away, “so much as not finding something that I was interested in. I was surprised how quickly the years seemed to go by.”

Roberts admitted that she simply didn’t see any role that compelled her enough to take her away from home and her kids and her new role as homemaker. “It’s also the math equation of my husband’s work schedule and the kids’ school schedule and summer vacation,” she explained. “It’s not just, Oh, I think I want to do this. I have a sense of great pride in being home with my family and considering myself a homemaker.”

As much as the busy mom loved her homemaker role, she also felt the need to model dedication to a creative career for her children. Particularly daughter Hazel. “I do have a sense of responsibility for showing my children that I can be creative and that it’s meaningful to me,” she told The New York Times, “so meaningful that for periods of time I will choose to focus on that almost more than my family, which has been hard for me to come to terms with.”

Perhaps it’s getting a bit easier for Roberts now that her 17-year-old twins will be heading off to college in the fall. Easier and harder, of course. “I mean, it makes me a little lightheaded,” the Pretty Woman star recently told Extra. “I'm completely excited for them. It's really thrilling and I wasn't lucky enough to have a college experience. And so to see how it's happening for them is really fascinating.”

Julia Roberts will be going from her role as homemaker to empty nester in a few short years. She is fortunate to have other roles, like that of Martha Mitchell in Gaslit. Roberts’ role as the wife of former Attorney General John Mitchell and her role in the Watergate scandal inspired her enough to act for the first time in years. And we all get to watch the limited series on Starz starting on April 24.