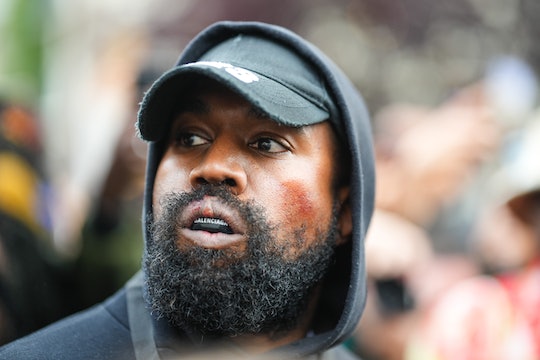 The fallout from the rapper’s recent controversy continues to spiral.

Imagine the shock and panic you’d feel after receiving an email from your kids’ school saying they’re shutting down the very next day. That’s exactly what the parents at the Donda Academy had to deal with after the K-12 academy closed its doors, “effective immediately.” The fallout comes after more controversy surrounding Kanye West continues to spiral. After a slew of anti-Semitic comments resulted in Ye being booted from several high-profile partnerships, West’s own school is done and has shuttered its doors to students.

It all went down when the principal of Donda Academy sent a jaw-dropping email to the parents of the student body informing them that they have officially closed. According to Hollywood Unlocked, who first obtained a copy of the email, parents are scrambling to get back their tuition amid the unexpected school memo.

“Dear Donda Academy Families- we hope this email finds you well. First we would like to express our gratitude for the community of families and scholars that Donda Academy brought together. However, at the direction of our Founder, Donda Academy will close for the remainder of the 2022-2023 school year effective immediately. Thursday, October 27th. THERE IS NO SCHOOL TOMORROW,” wrote Donda’s principal Jason Angell.

The Donda Academy, which was named after West’s late mother, was already an unconventional institution of learning as parents who enrolled their kids had to sign an NDA as a requirement of admission. The Christian school which costs $15,000 a year also reportedly dressed their students in school uniforms designed by Balenciaga.

According to the school’s website which broke down the academy’s schedule, “DONDA IN A DAY” combined faith and fundamentals in addition to two enrichment classes. The students’ day began with full school worship, followed by core classes, lunch, and enrichment courses like Parkour. The website is also littered with “Donda Rules,” and the school seemed to have a strong focus on on writing: “Donda Rule #51: ‘Students must be confident in forming ideas. If not, their writing will suffer.’”

West recently spoke about the academy in a TV interview when he also apologized to his ex-wife Kim Kardashian for all the stress he caused the mother of his kids. The rapper had shared that his educational preference for children, North, 9, Saint, 6, Chicago, 4, and Psalm, 3, is to attend Donda Academy, instead of the private school selected by Kardashian.

The embroiled designer and rapper recently returned to Instagram with his self-described “Love Speech,” claiming that he lost $2 billion in one day, amid his cancelling that stemmed from anti-Semitic remarks. “The money is not who I am. The people is who I am,” West wrote in his cryptic post.

With all of the serious trouble surrounding West, let’s not forget that there are also innocent children involved now who have no place to attend school. Let’s hope their parents are able to recoup some of the cash they shelled out for their kids’ educations. While Ye might not care about losing a couple of billion, perhaps the families who need to find new classrooms for their children aren’t as fortunate.