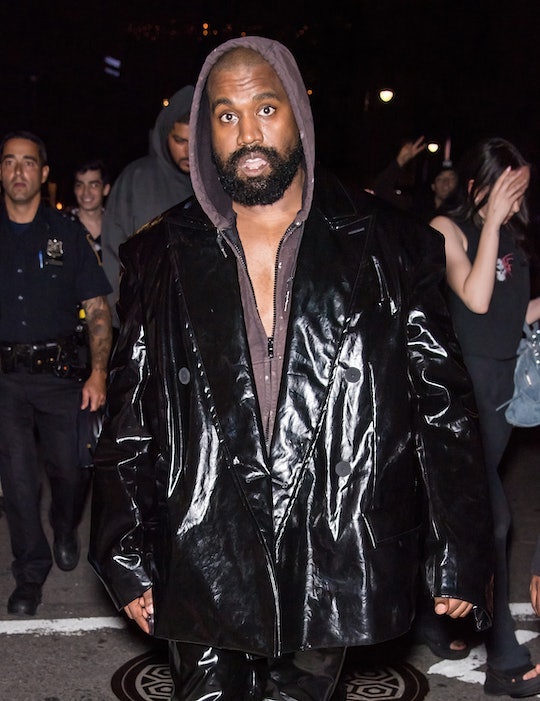 “I need this person to be less stressed and of the best, sound mind and as calm as possible to be able to raise those children at the end of the day."

Kanye West is in the spotlight again, and this time he’s changed his tune on the contentious relationship he’s had with ex-wife Kim Kardashian since their very public split. The producer and fashion designer sat down for a new TV interview to apologize to the mother of his children for the stress that he has caused her. He also talked about his tricky relationship with social media and revealed that he fought for his voice as a father.

In a recent tweet, Good Morning America teased clips of the upcoming sit down. “TOMORROW: @linseydavis sits down with @kanyewest. ‘Social media, is that more hurtful or beneficial to you?’ ‘It's all in how we use it,’” the morning show wrote.

When journalist Linsey Davis asked West whether social media was helping or hurting him, West said that was one of his favorite questions from the interview. He then went into an analogy about cars that seemed to say Ye understands that he needs to lay off the late-night tweeting. “We can use a car to rush somebody to the hospital, and we can use a car and accidentally hit somebody while we’re rushing somebody to the hospital. So it’s all in how we use it,” West said.

In more revelations from the conversation, West issued a much-deserved apology. “This is the mother of my children, and I apologize for any stress that I have caused, even in my frustration, because God calls me to be stronger,” West said. “I need this person to be less stressed and of the best, sound mind and as calm as possible to be able to raise those children at the end of the day.”

When asked if he felt like he had a voice as a parent, the rapper was quick to claim that he does. “I do have a voice, but I had to fight for it,” said the father of four, who wore a baseball cap with a brown hoodie over his head and held his arms crossed against his chest.

He also shared that his educational preference for children, North, 9, Saint, 6, Chicago, 4, and Psalm, 3, is to attend Donda Academy, the school he created in honor of his late mother.

It’s been a long road littered with lots of drama for these exes to try and figure things out since their split. West has been known for his public tirades and airing out of the family’s dirty laundry, like when he was not at all thrilled about daughter North West hopping onto TikTok. Kardashian has been committed to “taking the high road” with co-parenting and even called her former husband “the best dad” in a sweet Instagram post.

But Kim K definitely hit her limit, and eventually was ready to hit back with statement of her own on her Instagram Stories. “It saddens me that Kanye continues to make it impossible every step of the way,” the Skims mogul wrote. “I wish to handle all matters regarding our children privately and hopefully he can finally respond to the third attorney he has had in the last year to resolve any issues amicably.”

Well, it looks like West is still very much keeping the conversation alive in the public domain, but at least he’s moving forward in a positive direction this time. The jury is still out on whether Kardashian is ready to accept this mea culpa. (she’s been busy with another gory battle). For the sake of the kids, let’s hope West’s apology sticks.