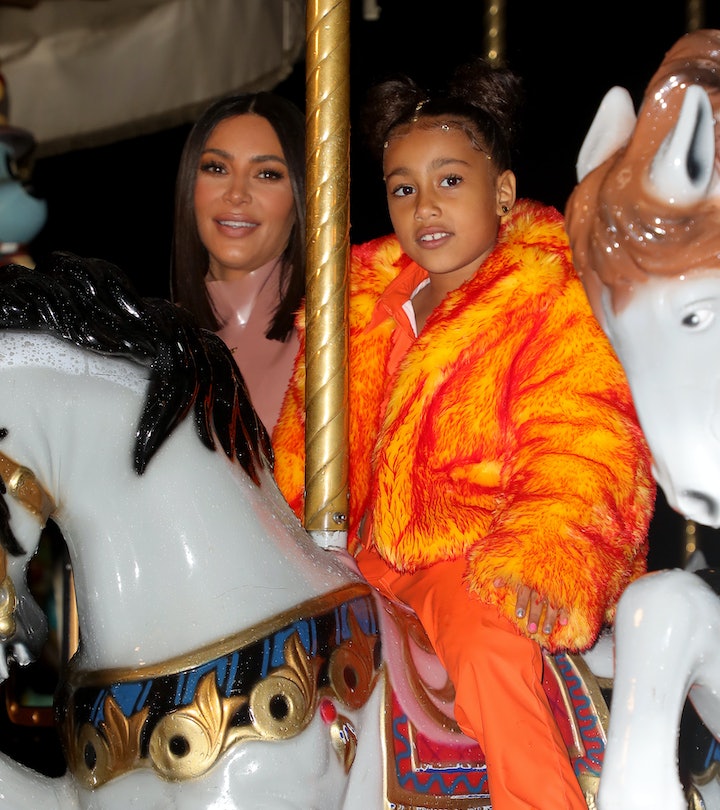 “It saddens me that Kanye continues to make it impossible every step of the way.”

In the months since Kim Kardashian and Kanye West separated, the mother of four has been maintaining a degree of silence on the end of her marriage. Until now. Until the rapper decided to speak out about the fact that his oldest daughter, 8-year-old North, is on TikTok “against my will.” And apparently his comment was enough to bring Kardashian out swinging.

On Friday, West reached out to his Instagram followers, ostensibly for advice. He shared a screenshot of North on TikTok and wrote in the caption of his post, “SINCE THIS IS MY FIRST DIVORCE I NEED TO KNOW WHAT I SHOULD DO ABOUT MY DAUGHTER BEING PUT ON TIK TOK AGAINST MY WILL ?”

North has been having fun on TikTok in a shared account with her mom, where she shares videos of food, her pets, and funny makeup tutorials. There was one instance when North went live without letting her mom know, but Kardashian shut that down pretty quickly.

Kardashian responded to her ex-husband’s complaint about their daughter, who is older sister to 6-year-old brother Saint, 4-year-old sister Chicago, and 2-year-old brother Psalm, in a written statement on her Instagram Story. And she made it clear that she is fed up.

“Kanye’s constant need for attacking me in interviews and on social media is actually more hurtful than any TikTok North might create,” Kardashian, 41, wrote in her statement. “As the parent who is the main provider and caregiver for our children, I am doing my best to protect our daughter while also allowing her to express her creativity in the medium that she wishes with adult supervision — because it brings her happiness.”

West has had some harsh words to say about Kardashian since their divorce, accusing her of keeping their children from seeing him last month despite sharing a photo of their son Saint around the same time.

Kardashian went on to note that divorce “is difficult enough on our children and Kanye’s obsession with trying to control and manipulate our situation so negatively and publicly is only causing further pain for all.”

Finally the Skims mogul wrote, “It saddens me that Kanye continues to make it impossible every step of the way,” she said. “I wish to handle all matters regarding our children privately and hopefully he can finally respond to the third attorney he has had in the last year to resolve any issues amicably.”

As Kim said, divorce is difficult enough for kids. They don’t benefit from this kind of public fighting.

More Like This
Kim Kardashian Celebrates "Best Dad" Kanye West On Father's Day With Sweet Posts
Catherine Reitman Calls It Like She Sees It: “Being A Working Mother Is Impossible”
Sarah Michelle Gellar Is Facing A Terrifying Parenting Milestone: Sleep Away Camp
Lauren Conrad Shares Experience With "Lifesaving Reproductive Care" After Ectopic Pregnancy