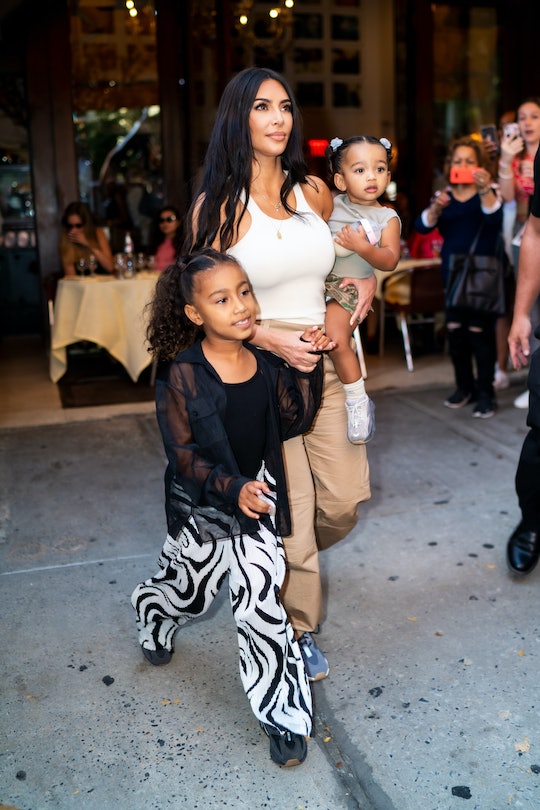 It’s a rare thing in this life, to be in the position where I can offer some sage words of wisdom to a Kardashian. Not that Kim Kardashian West is looking for advice in her new life as a single mom of four, but if she were I could help. I’m a single mom of four, and already I approve of her new family portrait post-breakup with husband Kanye West. Just in case she was wondering which I guess she is probably not.

Back in January, news dropped that the Keeping Up With The Kardashians star was officially planning to divorce her husband of six years, rapper Kanye West. The pair share four children together, 7-year-old daughter North, 5-year-old son Saint, 3-year-old daughter Chicago, and 2-year-old son Psalm, which naturally makes things slightly more complicated. In a recent episode of KUWTK, Kim admitted that she feels “like a failure” deciding to end her marriage, “I’m still in this place where I’ve been stuck for years," she explained in a clip, going on to reference Kanye’s frequent moves and her struggle to keep up, "He goes and moves to a different state every year, and I have to be together so I can raise the kids. He’s an amazing dad, and he’s done an amazing job.”

Divorce is tough. But Kim seems to be doing her best to keep her focus on her kids. And in her most recent family portrait, it’s all about her and her children on their own together.

Kim Kardashian is focused on her kids.

The photo was taken when Psalm was a baby, but the message feels more current. Particularly as Kim has been posting family-focused photos for the past few months with more frequency than ever. Photos of her kids having fun on the beach, posing happily with their cousins, or giving her a kiss. Any parent who has gone through a divorce might recognize these photos; they’re often a way to reframe an image. A reminder that single parent families can be happy families too. That the kids are doing okay. Even as Kim herself is trying to find her new normal.

“Kim is still adjusting to the idea of being single, dating again is very far off, she’s nowhere near ready,” a source recently told Hollywood Life. “Right now, it’s all about her kids, just making sure they are doing good and adjusting well to the new normal. She’s also very busy with work and school, she has so much on her plate there’s hardly a free moment.”

Raising four kids as a single parent is a lot. Fortunately, Kim Kardashian seems to be on the right path.

Focus on the kids.