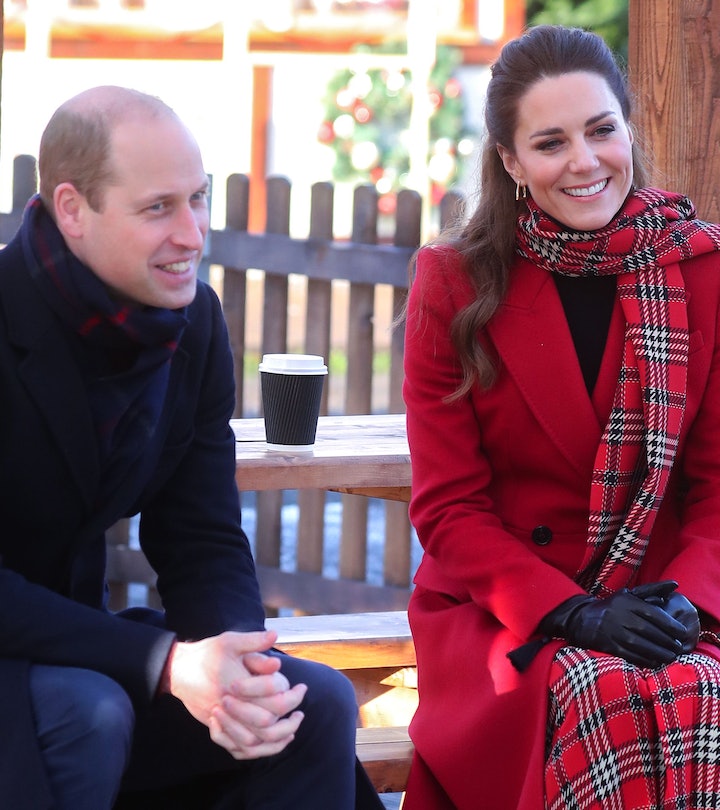 Just like many proud parents working from home these days, Kate Middleton and Prince William have photos of their kids displayed in their office at Kensington Palace.

Earlier this week, the Duke and Duchess of Cambridge recorded a video to the hospital staff at NHS Tayside, thanking them for their hard work during the coronavirus pandemic, and wishing them a happy Burns Night — the annual celebration held in honor of Scottish poet, Robert Burns. "We know Burns Night is a special evening to Scots around the world," Prince William said in the video. "A time to come together to eat, to drink, and to celebrate the life and work of Robert Burns."

"Sadly, this year is a little different," Middleton added.

If you were listening to Middleton and Prince William's sweet message in the video, then you might have missed something even sweeter in the background. Photos of the couple's three kids — 7-year-old son Prince George, 5-year-old daughter, Princess Charlotte, and 2-year-old Son, Prince Louis — sitting behind them in their office.

Although you might have to squint to see these photos, don't strain your eyes too hard. Especially since these are photos the public has seen before on the Kensington Palace Instagram account. The photo of Prince George and Princess Charlotte was taken in 2019 before their first day of school. And the super adorable photo of Prince Louis and Middleton, standing in a garden, was taken in May that same year at the Chelsea Flower Show that same year. See if you can spot the photos by watching Middleton and Prince William's message to the NHS workers here.

The same exact photos can be seen in the background of Middleton's calls with Holocaust survivors, Zigi Shipper and Manfred Goldberg on Holocaust Memorial Day on Wednesday.

The Duke and Duchess of Cambridge aren't the only ones to proudly display photos of their children in their office. The Queen included a never-before-seen photo of her great grandkids in her home during a virtual meeting with foreign ambassadors in December.

But I get it, the royal kids are just that cute. Any proud parent, or great grandparent, would want to display a photo of them in their office.