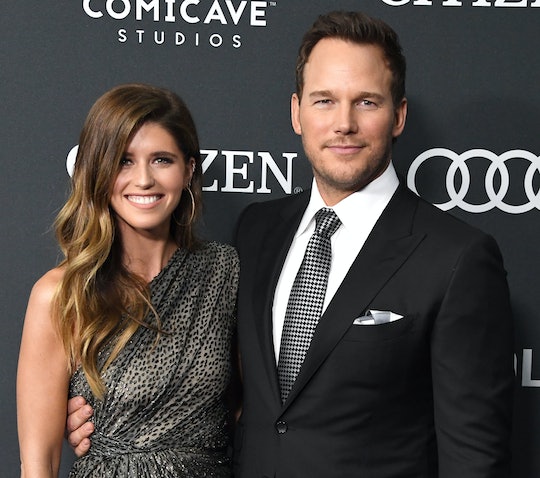 The couple’s daughter Lyla is going to be a big sister!

An exciting new addition is on the horizon for Katherine Schwarzenegger and Chris Pratt. Multiple news outlets are reporting that Schwarzenegger is pregnant with the couple’s second child together and the baby is due to arrive in the new year.

Schwarzenegger and Pratt welcomed their 16-month-old daughter Lyla Maria in August 2020, and the Jurassic Park star is also dad to 9-year-old son Jack, who he co-parents with ex-wife Anna Faris. Neither parent has confirmed the news officially, much as they chose to keep their first pregnancy together quiet as well. It was, in fact, Schwarzenegger’s mom Maria Shriver who spilled the beans the first time around, when Pratt was featured as a guest on her Instagram Live interview series #HomeTogether.

This time around, sources close to the couple, who tied the knot in June 2019, told People that baby number two is on the way, although no due date was shared. Nor was the sex of the baby. Regardless, it’s bound to be an exciting Christmas for the whole family with another little brother or sister due to be born.

Pratt recently took to Instagram to celebrate Schwarzenegger’s birthday, paying tribute to her by writing, “You are such a wonderful wife, mother, step-mother, and life partner. I simply can’t imagine how lost I’d be without you. You’re beautiful, tough as nails, reasonable, deeply thoughtful, extraordinarily smart, you’re a complete boss, eternally driven and you communicate like no other. Thank you for everything. Thank you for being so instrumental in my growth over the past few years.”

Schwarzenegger has delighted in being a mom to daughter Lyla, writing in an Instagram post for her daughter’s first birthday, “About this time last year, I became a mama. What a magical year it’s been. I watch my little girl in awe as she grows and changes — moving from infant to baby to now the toddler phase,” she wrote in June. “I hung up her birthday decorations in our home the night before her birthday and was so emotional thinking of how blessed I am that I get to be her mama and how much I love being with her and watching her grow.”