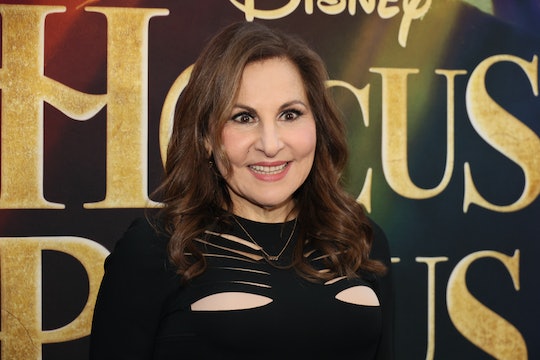 An unearthed interview with Mary Sanderson herself is going viral on TikTok.

Back in 1993 when the original Hocus Pocus was made, not many people expected it to become the beloved Halloween classic it is today other than Mary Sanderson herself, Kathy Najimy. The actress was already thinking about how the movie would resonate with a group of people who might be directly affected by Hocus Pocus — real life witches. And in an unearthed interview from 1993, Najimy is clearly a woman ahead of her time with her reasoning.

The actress spoke to then-TODAY host Katie Couric about her very real concern that Hocus Pocus, the film she had just made with co-stars and co-Sanderson sisters Sarah Jessica Parker and Bette Midler, might be offensive to real witches.

“At the risk of having America roll their eyes,” she explained in the resurfaced video that has gone viral on TikTok. “I just feel supportive of all groups. Whether they’re women’s groups or gay groups or racial groups. And I know that there are groups of witches out there.” She went on to clarify that she is not a witch herself, but “when I read the script I thought ‘this is really perpetuating a stereotype of an evil, ugly witch and I know there are groups of really strong women who sort of bond together and are very spiritual and powerful. And I didn’t want to be part of perpetuating that myth.”

She didn’t just worry a little about it and move on, however. Najimy said that she reached out to director Kenny Ortega and the producers of the movie with her concerns. The actress even reached out to Gloria Steinem for advice on how to proceed, who gave Najimy the real story behind witches. “Some of the original women who were said to be witches were health care workers and midwives, so that’s where the notion of baby-eating came because they performed abortions sometimes.”

Hocus Pocus fans cannot get over how progressive Najimy was, particularly considering this video is from 1993. “Umm Kathy Najimy spoke to GLORIA STEINEM about RESPECTFUL WITCH REPRESENTATION for Hocus Pocus. I'm dead. Icon,” wrote one Twitter user. Another person noted on TikTok, “In 1993. She said this in 1993! What a legend. I’ve always loved her, but this just cements it.”

I think it’s safe to say that Hocus Pocus, while certainly not representing real witches, has left a positive impression on fans. Perhaps especially with the sequel Hocus Pocus 2. Both movies have inspired women to dress as the Sanderson sisters for Halloween and value the women in their lives. Not a terrible lesson.