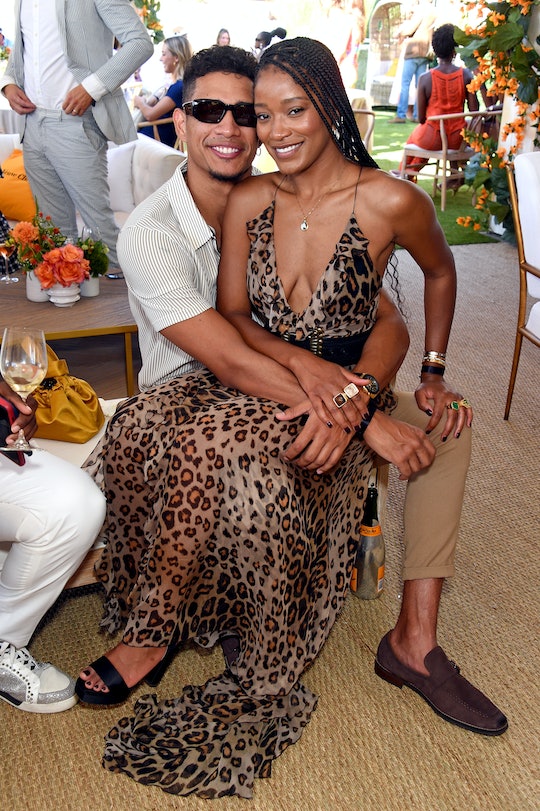 “This has been the biggest blessing, and I am so excited guys — I’m gonna be a mom!”

Keke Palmer is about to be a mom! The actress and entrepreneur addressed all the rumors and revealed her growing baby bump with an epic pregnancy announcement during her Saturday Night Live monologue on Dec. 3.

“There’s some rumors going around, people have been in my comments saying, ‘Keke's having a baby, Keke's pregnant,’ and I wanna set the record straight — I am!” Palmer said during her opening monologue as she opened her jacket to reveal her baby bump.

“You know, I gotta say though. It is bad when people on the internet spread rumors about you y’all, but it’s even worse when they’re correct,” she added. “But honestly this has been the biggest blessing, and I am so excited guys — I’m gonna be a mom!”

Palmer is expecting her first first baby with boyfriend Darius Daulton Jackson, whom she calls her “other half.” The couple has kept their relationship private for the most part, but when the KeyTv Network CEO does speak about him, she is glowing — literally! And the gushing seems pretty mutual. Here’s what else you need to know about Palmer’s beau.

Keke Palmer and Darius Jackson met in May 2021.

Palmer and Jackson reportedly met last year at a Memorial Day Party, according to Page Six, and started dating that same year.

“You’ve been a blessing from above,” Jackson wrote on his Instagram at the time, according to Us Weekly. “Never would have expected summer 2021 to turn out the way it did, but here we are. I’m glad we were able to help each other throughout our lowest of times & show one another that what we are bringing to the table is everything that we got.”

During an appearance on the Tamron Hall Show, also in 2021, the Cinderella star made it clear that Jackson was her real-life prince. “I'm really one of those people that very much so keep it on the Beyonce tip of just... keeping everything low-key,” she explained to Hall about their privacy. “I think the reality is just it became more difficult to hide. We spend all this time together and he's really my closest friend, so it just becomes a thing where I'm not gonna hide.”

Jackson is also an actor.

Jackson is an up-and-coming actor with a few credits on his resume. He’s best known for his role in BET’s Games People Play and is set to star in two new upcoming productions — a sci-fi flick called Dawn of the Predator and Ultraman: A New Chapter.

Palmer says fell in love with his “authenticity.”

During her interview with Hall, Palmer shared that she’s attracted to Jackson’s unapologetic individuality. “I think it's the authenticity,” she said. “I've always been somebody that hasn't wanted too much industry stuff in my life, so he's very industry adjacent meaning he understands it.”

And another interesting quality about him, according to the mom-to-be, he’s an Aquarius. Palmer, who is a Virgo, jokingly called it a “random matchup.”

“He's got some Taurus in that chart so that must be the balance,” she joked.

Jackson paid tribute to Palmer after her SNL pregnancy reveal.

After Palmer confirmed her pregnancy on SNL, Jackson posted a sweet tribute to her on his Instagram Story. He posted a photo of her wearing a sweater while cradling her baby bump and caption the pic “2023” along with a red heart emoji.

Needless to say, Jackson is one proud dad-to-be!