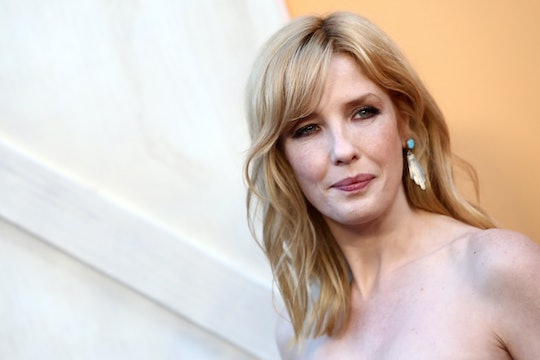 The British actress likes to keep a lid on her private life.

Actress Kelly Reilly has managed to escape so cleanly into her role as the all-powerful Beth Dutton on Yellowstone that it can be easy to forget she has a real life. That she is not, in fact, the daughter of the most powerful rancher in Montana fighting for her family’s legacy at any cost. If you can believe it, Reilly is a totally different person with a totally different story. And she’s not even married to Rip Wheeler.

This won’t come as a surprise to anyone who saw the Keira Knightley version of Pride & Prejudice from 2005, but Reilly is actually British. She was born in Surrey, That’s right, the actress breathing life into Taylor Sheridan’s decidedly American character of Beth Dutton is a British national. She was acting in British television series and movies since 1995, breaking into an international market when she played the icy cold Caroline Bingley in Pride & Prejudice before going on to star in movies like Sherlock Holmes and on television series like True Detective.

She may have met her husband in New York City.

Back in 2011, Reilly told The Guardian that she might be making the move to the United States for a very important reason that wasn’t about acting. “I live between my house on the borders of Sussex and Surrey and New York, where my boyfriend lives. I'm not saying any more about him except that he's not an actor, not in the business. I spend a lot of time across the pond. I spend a lot of my time on aeroplanes. I'm probably going to do the move soon. I'd like my life to be in one place.”

In 2012, Reilly married financier Kyle Baugher in a private ceremony in Somerset, England. Not much is known about Baugher as he doesn’t have a social media presence, other than he graduated from Princeton in 2002, according to his Linkedin. Prior to her marriage to Baugher, Reilly was reportedly engaged to Israeli actor Jonah Lotan from 2008 to 2011.

In 2015, the generally tight-lipped actress told The Evening Standard, “Now, I'm married and happy and content so I thought it was time to see if I could get that balance back,” as she planned to return to the London stage.

In September 2018, Reilly posted a photo of her “loves” from out west, her husband Kyle and an unnamed dog. That’s right, she’s so private she won’t even tell fans the name of her dog.

She’s loving life away from the spotlight.

While acting on such a popular series means being very much in the public eye for some, Reilly has managed to avoid much of that. On purpose. She told The Guardian in 2006, long before starring on Yellowstone, “Hand on heart, I find it a little bit embarrassing. I don't need to be on the cover of magazines. Everything I've dreamed of doing, I'm doing.”

Lucky for us, she dreamed of acting. Otherwise we wouldn’t have Beth Dutton.