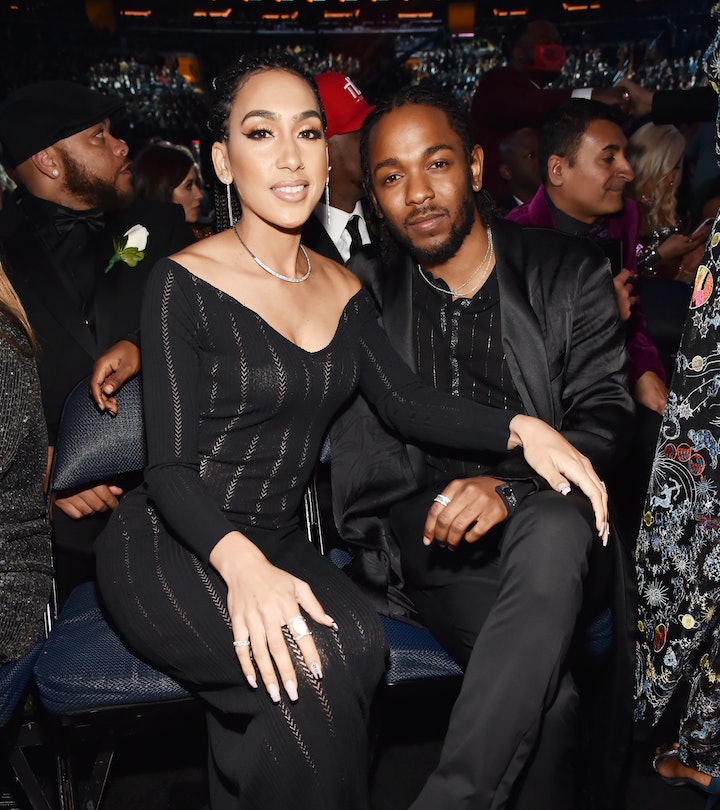 Lamar is “loyal to the soil.”

On Feb. 13, Kendrick Lamar, Dr. Dre, Mary J. Blige, Eminem, and Snoop Dogg will perform at the 2022 Super Bowl LVI Halftime show in Los Angeles. While electrifying the stage during what is sure to be an epic performance, it’s possible that “Humble” rapper will have two special guests in the crowd; his fiancee, Whitney Alford, 35, and their daughter.

The Pulitzer and Grammy-award-winning artist is famously reserved about his private family life, but there are a few facts we managed to find about this adorable family.

His fiance has been in the picture for years

Turns out Alford and Lamar are high school sweethearts. The couple attended Centennial High School in Compton, California. By the time they announced their engagement in 2015, the couple had been dating for 10 years. The two actually didn’t make their first public appearance together until 2014 at the 56th Grammy Awards.

“I’m loyal to the soil,” the 34-year-old told The Breakfast Club in a 2015 interview. “At the end of the day, you want to always, always have real people around you, period. Whether it’s male or female, and everybody that’s been around me, they’ve been around since day one… I always show respect when respect has been given, and people that have been by your side, you’re supposed to honor that.

There’s some speculation that the two married in secret. But as far as public reports are concerned, they are still engaged.

She styles him occasionally

Behind every well-dressed man, there is a woman who tended to the grooming. That may not be the common saying we’re familiar with but it fits the narrative of Lamar and Alford.

The California State University Long Beach is a licensed aesthetician and has been known to style her fiance’s hair and photoshoots. Will she be styling his Superbowl outfit? Possibly!

She’s more than a companion

It’s one of those ‘what’s shown, does not need to be defined’ love matches. Lamar told Billboard, “I wouldn't even call her my girl. That's my best friend. I don't even like the term that society has put in the world as far as being a companion — she's somebody I can tell my fears to.”

That’s a soul toucher there!

On July 26, 2019, the couple welcomed their first child together, a daughter, as reported by US Weekly.

The “Pray For Me” rapper has never talked about his daughter to the media. But in a 2017 interview with The New York Times Style magazine, he expressed his desire to have a child one day. Ironically, he talked about having a daughter.

“One day, I may have a little girl. And it’s a girl in particular — funny you said that,” he told The New York Times. “ She’s gonna grow up. She’s gonna be a child I adore, I’m gonna always love her, but she’s gonna reach that one point where she’s gonna start experiencing things. And she’s gonna say things or do things that you may not condone, but it’s the reality of it and you know she was always gonna get to that place. And it’s disturbing. But you have to accept it. You have to accept it and you have to have your own solutions to figure out how to handle the action and take action for it.”

The name of their daughter or her likeness has also yet to be publicized but we’re sure she is a cutie and will be rooting on daddy when he takes the stage on Superbowl Sunday.