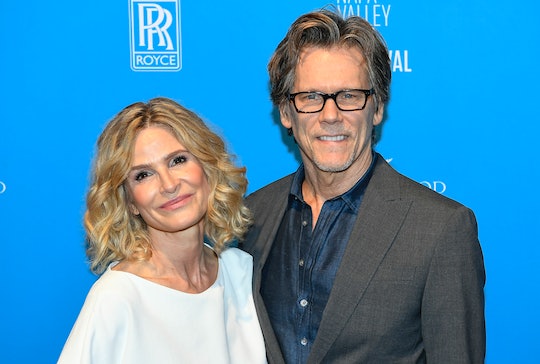 How many degrees of Kevin Bacon is that?

Here’s a little Mare Of Easttown tidbit fans didn’t expect: Did you know Kevin Bacon and Kyra Sedgwick’s daughter was a cast member? A regular cast member who spent most of her time going toe-to-toe against Mare Sheehan (Kate Winslet) herself? Almost no one seemed to realize, and now fans are losing their minds over it. Especially since, in my opinion anyhow, you can really see the family connection once you know to look for it.

Sosie Bacon, daughter of famously solid Hollywood royalty Kevin Bacon and Kyra Sedgwick, played Carrie Layden, the troubled mother of Mare’s grandson, Drew. Carrie struggles with drug addiction throughout the limited series, and is desperately trying to get a handle on things to be a better mother to Drew. Her character is nuanced and difficult and beautifully acted, so much so that one Twitter user decided to look up the actress who played her, “I’m watching the mare finale!! I just googled Drew’s mum because I like her and found out she’s Kevin Bacon’s daughter irl! The more you know. Anyway.”

So now it all makes sense, of course. That’s not even two degrees of Kevin Bacon.

Sosie Bacon nailed it as Drew’s mom on ‘Mare Of Easttown.’

Fans were truly blown away by the news, with one social media user writing, “The 6 degrees of Kevin Bacon continue to the next generation of actors...” and another noting that Sosie Bacon really managed to hold her own in a cast of strong women, “I did not know this! She's great. Standing out in a show with that many great women was a big job.”

Bacon had been sharing social media posts about her time on HBO’s Mare Of Easttown for a while now, as has her Footloose star dad. In May he posted a video where he gave a shoutout to the show, “Hey everybody, I just wanted to say I'm watching that show, what's it called? Mare of Easttown,” Bacon told his followers, “I especially like that actress, what's her name? Sosie-something? I don't remember her last name but it's like Sosie...I don't know, Sosie Hoagie or Sosie Wawa.”

Sedgwick shared the news back in April on Instagram to let fans know they can “watch three Bacons” on television, her own ABC show Call Your Mother, her husband’s Showtime series City On The Hill, and of course Mare Of Easttown.

The 29-year-old actress has been seen before in 13 Reasons Why and even played a young version of her mom Kyra Sedgwick in the movie Loverboy. Once you know about the Bacon/Sedgwick connection, you can really see it in Sosie’s face. And those family acting chops are coming through, too.