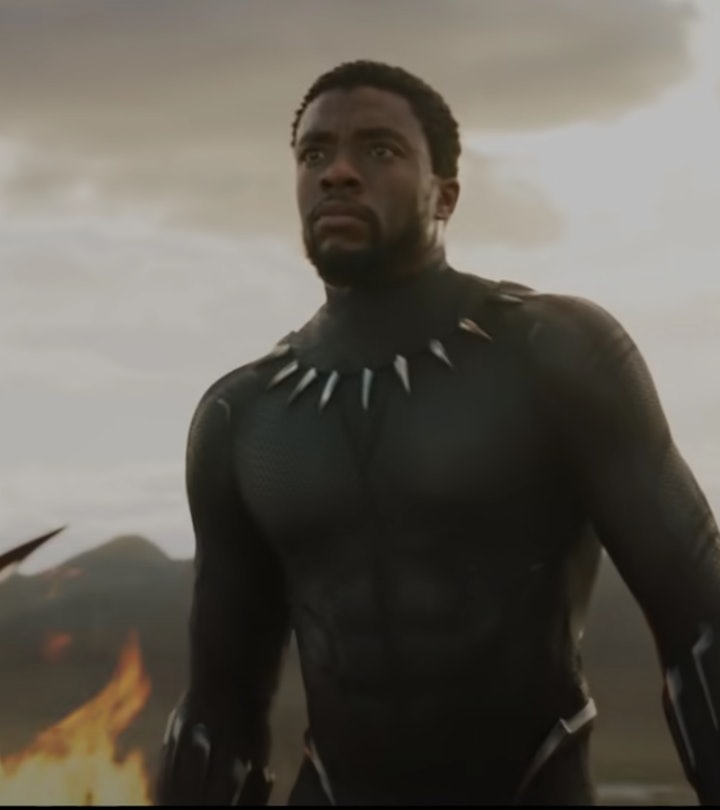 Literally Every Kid Knows Chadwick Boseman Is The Black Panther

A group of kids was asked about the late actor during a heartwarming segment at the 2021 Golden Globes.

It's been a sad six months since he passed and it's clear that his talents will forever leave a lasting impression on his youngest fans. During a heartwarming segment that aired at the 2021 Golden Globes, kids were asked about Chadwick Boseman and every single one couldn't wait to answer.

TikTok user La'Ron Hines and a group of young kids appeared in a sweet segment during the 2021 Golden Globes and, towards the end, paid tribute to the late Black Panther star. Boseman died in August after a battle with colon cancer. In the segment, Hines asked a group of kids (who attend his parents' day care center and often appear in his viral TikTok videos) questions about the nominees at the 2021 Golden Globe Awards.

While the kids did not know how exactly movies are made and thought The Queen's Gambit is about "firetrucks," they were able to answer one question with precise accuracy. "Who is Chadwick Boseman?"

"The Black Panther!" the kids each responded.

"Chadwick Boseman is the good guy!" one boy added.

Boseman played the Marvel superhero in the 2018 film Black Panther, in addition to appearing in other Marvel films like Avengers: Infinity War and Captain America: Civil War. In addition to his role as King T'Challa, Boseman also appeared in a number of iconic roles and won a Golden Globe Award for his leading role in Ma Rainey's Black Bottom.

The kids' enthusiasm while talking about Boseman and his role shows just how much of an impact he had and will continue to have as more and more kids watch him as Black Panther.

As one Twitter user put it perfectly: "Kids are soooo funny, but to see they ALL knew who Chadwick Boseman was is only a testament to how extraordinary, wonderful, and amazing he truly was!"