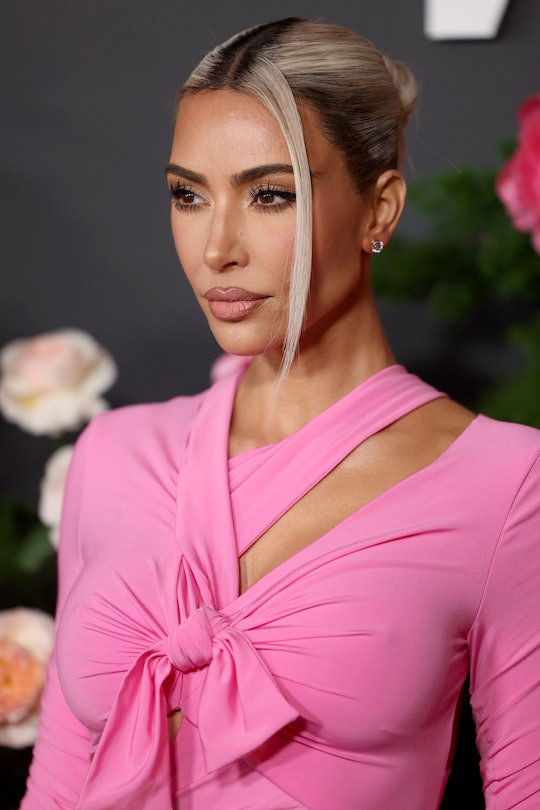 “As a mother of four, I have been shaken by the disturbing images.”

Kim Kardashian has spoken out about Balenciaga’s controversial teddy bear ads and announced in a statement that she is reevaluating her relationship with the fashion company after it was accused of sexualizing children in its latest holiday campaign.

“I have been quiet for the past few days, not because I haven’t been disgusted and outraged by the recent Balenciaga campaigns, but because I wanted an opportunity to speak to their team to understand for myself how this could have happened,” the 42-year-old fashion mogul tweeted on Sunday. “As a mother of four, I have been shaken by the disturbing images. The safety of children must be held with the highest regard and any attempts to normalize child abuse of any kind should have no place in our society — period.”

The Balenciaga ads in question featured young children modeling with BDSM-themed teddy bears, as well as documents that appear to refer to a court ruling about child pornography in the background. After receiving backlash, the company issued an apology last Tuesday and announced it would be pulling the teddy bear ad. “We sincerely apologize for any offense our holiday campaign may have caused,” the company said in a statement released on Nov. 22. “Our plush bear bags should not have been featured with children in this campaign. We have immediately removed the campaign from all platforms.”

In her statement, Kardashian said that she appreciated “Balenciaga’s removal of the campaigns and apology.”

“In speaking with them, I believe they understand the seriousness of the issue and will take the necessary measures for this to never happen again,” she added. Kardashian also said she is currently reevaluating how she works with Balenciaga and “basing it off their willingness to accept accountability for something that should have never happened to begin with — & the actions I am expecting to see them take to protect children.”

Over the past two years, the reality star and fashion mogul has been the face of the fashion powerhouse. She was recently featured in Balenciaga’s fall 2022 ad campaign and last year she wore her famous full-coverage Balenciaga look to the 2021 Met Gala.

On the finale of The Kardashians Season 2, she explained how her relationship with Balenciaga came about through her ex-husband, Kanye West. “I think the partnership with Balenciaga obviously came from Kanye but I was just genuinely loving their clothes and wearing them all the time. It was a really organic relationship that happened and those are the best ones. Every day was a campaign anyway — just because that is genuinely what I love. So, the fact that it turned into a real one and I am now walking in the show just means so much.”

Kardashian is the latest celebrity to speak out against Balenciaga. Model Bella Hadid recently promoted the Balenciaga and Adidas collaboration, and then deleted the images from her Instagram.

Photographer Gabriele Galimberti also responded to the backlash and denied that he had any input on the creative direction of the photoshoot. “I am not in a position to comment on Balenciaga’s choices,” said Galimberti in an Instagram post, “but I must stress that I was not entitled in whatsoever manner to neither choose the products, nor the models, nor the combination of the same.”

On Friday, the fashion house took another major step and filed a $25 million lawsuit against the producers of a campaign, as a result of the backlash. According to the New York Post, the company wants to “seek redress for extensive damages defendants caused in connection with an advertising campaign Balenciaga hired them to produce.”