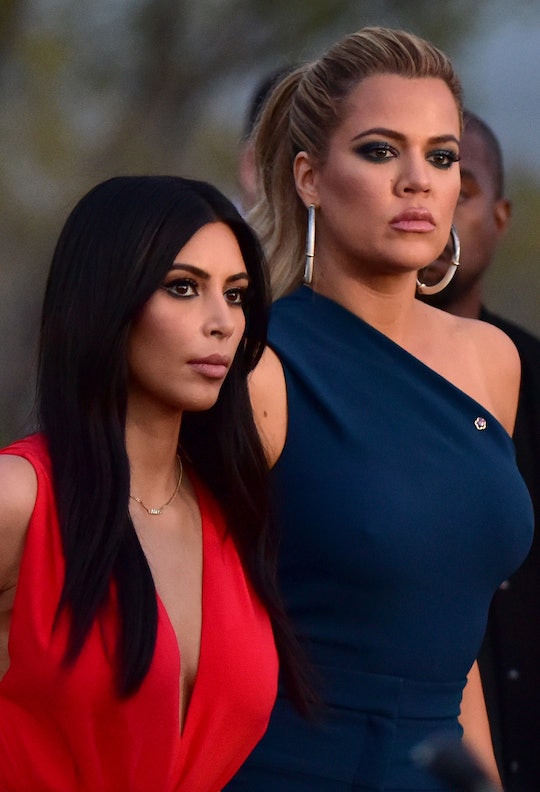 The reportedly paid a pretty penny for VIP access to celebrate True’s birthday.

One big no-no that you do not do at theme parks is cut the line. So it’s no surprise that guests at Disneyland were not happy when Kim and Khloé Kardashian appeared to do just that. A video that’s gone viral on TikTok claimed that the sisters cut the line with their kids to ride the teacups completely by themselves.

Kim and Khloé recently took their kids to Disneyland and stopped at the Mad Tea Party attraction to celebrate Khloé’s daughter True Thompson’s fourth birthday. The two moms documented their magical day at the amusement park on their respective Instagram stories, posting photos and videos with True as well as Kim’s daughter Chicago and their niece, Rob Kardashian’s daughter, Dream.

A video shared on TikTok by Rachael Kevin (@shebrewing), however, offers a different view of their day. In the video, the Kardashians can be seen enjoying the empty ride, while a crowd of people wait on the outskirts.

“When the Kardashians cut the line, get the ride to themselves, and make us common folk wait and watch them…typical,” the text over the TikTok video reads. Kevin added that the Kardashians’ time on the ride “seemed like forever” and her family finally got on the ride themselves about 30 minutes later. (According to TouringPlans.com, the average wait time for Mad Tea Party could be anywhere from 10 minutes to one hour, depending on the day.)

Others sided with Kevin’s frustrations and pointed out that other celebrities who’ve gone to the theme park enjoyed rides with fellow visitors. “The fact that PRINCESS DIANA didn’t even do this one,” one person commented, referring to the 1993 trip when the late Princess of Wales visited Disney World with her sons Prince William and Prince Harry.

Another noted that, just last month, Cardi B and her daughter Kulture were seen riding the teacup attraction together with other visitors at Disneyland. “Cardi was on the ride with everyone just had her security ride alone,” one viewer commented. “This is weird idk how they’re not apart of cancel culture.”

Others commented on the optics of it all for other kids at the park. “All those kids watching while the seats are empty is sad,” one wrote, while another said, “I’m sure there were other kids who were celebrating their birthdays waiting in line who didn’t understand why the kids in your family were able to cut in at the front of the line. What would you say to them?”

TMZ reported that the Kardashians paid “at least” $3,000 for “VIP access” to the amusement park when they visited. According to Disneyland’s website, rates for “a customizable VIP Tour” start at $2,975, which includes “expedited access to favorite Disneyland Resort attractions.”

While the Kardashians have not publicly commented on the backlash, TMZ reported that the reality stars did not request that the Mad Tea Party attraction be closed off to other visitors and the outlet claimed that the “Disneyland staff just did it.” Romper has reached out to Disneyland for comment.

Families’ frustrations are certainly warranted, especially as prices to visit Disney’s theme parks have dramatically risen in recent years. For an additional fee, for example, new services called Disney Genie+ and Lightening Lane allows visitors to purchase a spot in line. But as some fans pointed out, considering just how famous the Kardashians are, safety is a concern.

“Why is everyone so salty, they are with their children. This is just for their protection,” one viewer commented on TikTok. Another said, “Yes they have money, yes they pay for VIP, it's a safety issues for the kids.”

Who knows, maybe their side of the story will be featured in an episode of The Kardashians on Hulu.