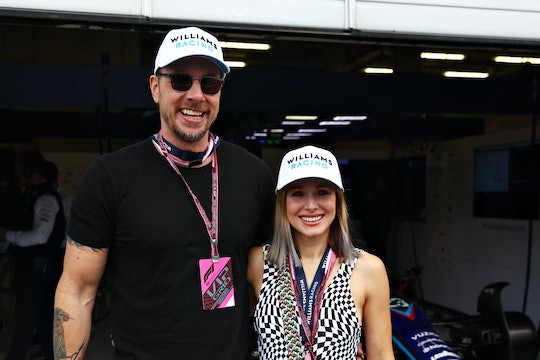 Kristen Bell’s daughters sleep in their own room now, thank you very much. Not that she needed anyone’s approval or input on co-sleeping with Lincoln, 9, and Delta, 7, whom she shares with husband Dax Shepard. But she would like your congratulations — after all, it’s a big deal when you can finally put your kids to bed in another room (and shut the door and walk away!), no matter what age they are when it happens.

Congratulations, indeed. Cuddling with your kids is great, but all parents need a break, and you know, a little one-on-one time with their partner. Maybe the couple’s recent PDA-filled trip to Italy inspired the bedroom change? It’s easier to get away with bedroom time with infants or young toddlers in the room, but it takes a lot more work to hide from elementary-age kids. (Although, if anyone could do it, the Veronica Mars star would be the one.)

Not to mention, moving her daughters out of her room has to be better for Bell’s nose. The Woman in the House Across the Street from the Girl in the Window star previously opened up on Shepard’s Armchair Expert podcast about how stinky it can be sharing a room with her daughters.

“You know the girls sleep on the floor of our bedroom,” Bell said in the interview. One day, she noticed a “really raunchy smell” and asked, “‘Who’s farting?’” “All three of them are like, ‘Sorry, it’s me,'” Bell said. “So I go, OK, my family has gas, big [deal].”

That time, it turned out the smell was caused by an old protein shake that Shepard had accidentally filled their mattress topper with — ew! — but still. Her first thought went to gas, so it’s entirely possible that the room still smells fairly stinky, even after they removed the rotten bedding.

And like many busy parents (including Ashton Kutcher and Mila Kunis), Shepard and Bell often forget to bathe their kids, too. “We bathed our children every single night as part of the routine,” Shepard explained in an episode of Armchair Expert in August 2021. “And then somehow, they just started going to sleep on their own without the routine, and by George, we had to start saying, ‘Hey, when's the last time you bathed them?’”

“Sometimes five or six days goes on and, I mean, they don’t smell,” Shepard said. Bell added, “Well, they do sometimes.”

A child-free (and smell-free?) room is a lot to be proud of. Congratulations, K-Bell!