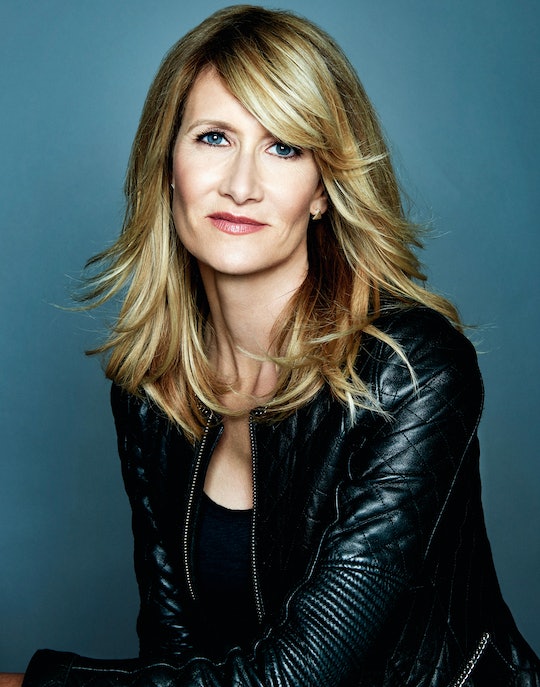 The actress talks about when to have tough conversations, her partnership with the American Lung Association’s Vape-Free Schools Initiative, and what she learned from playing Marmee.

As a parent of teenagers, Laura Dern realized long ago that that every stage brings you something new. Speaking by Zoom, I asked the actress — known for her roles in Jurassic Park, Marriage Story, and Little Women — and mother of two (Ellery, 19 and Jaya, 16) if there were any parenting surprises during the last 18 months. She pauses thoughtfully, before looking directly at me. “Everything,” she responds. “Everything has surprised me. I never felt equipped enough at every stage.”

And when it comes to The Big Talks, things can get even more complicated. “There is no parent alive who will tell you they did it at the right time,” she says. She recalls a parent meeting at her children’s school a few years ago that was particularly eye-opening, when the subject of vaping came up. “One of the parents said ‘OK now that they’re entering high school, time for the hard conversations,’ and the counsellor said ‘No the hard conversations were in fifth grade.’”

According to the American Lung Association, nearly 5.5 million kids vape, a number that has steadily grown in the past five years. According to data from the CDC, 1 in 20 middle schoolers have tried it. A 2019 message from Surgeon General Jerome Adams went as far as to describe teen vaping as “an epidemic.” It’s why Dern has partnered with the American Lung Association in promoting their Vape-Free Schools Initiative, composed of two educational programs designed to to help kids kick nicotine addiction: INDEPTH, an alternative to suspension or expulsion for students caught using tobacco or vaping on campus; and NOT, a tobacco cessation program.

Dern says that over the years she’s learned to pick up on the telltale clues that an important conversation is happening under her noses — the casual statements children make that are actually questions they’re too proud to ask. “I was around them and their friends, and they were saying ‘A friend told me they’re vaping, but there’s like no nicotine in it! It’s totally safe.’ But they’re asking you if it’s safe, if that’s true,” she explains. “As a parent we don’t always understand that that’s what happening until we have an almost-20 year old who tells us years later ‘I was asking because I was curious and I needed to have some guidance,’” she says.

There is a persistent myth that vaping is harmless says Dr. S. Christy Sadreameli, a pediatric pulmonologist at Johns Hopkins Hospital and spokesperson with the ALA, and it’s a dangerous one. “Vape aerosols are not just harmless water vapor,” she tells Romper by email. “They contain heavy metals and fine particulate matter, which are harmful to the cardiovascular system and lungs.” All of these components, and others, can damage the cells that line the airways of the lungs.

Despite the challenges that have gone along with raising teens, Dern is grateful for the experience. “They are so wise and so thoughtful, as kids are,” she says. “Giving them room to be treated in a very adult way has helped me stay open to how much they teach me each day.”

But while her children are her primary parenting guides, she has found inspiration and wisdom from the characters she’s played — all roles, she says, she chooses carefully and with intent. “There’s the misnomer of serious actors being so in their character they can’t shed it, but if something is grabbing you emotionally and you’re in the trenches of exploring what these characters are going through, it definitely can make you vulnerable,” she says.

As a mother, she says, she drew the most inspiration from playing “Marmee” March in Greta Gerwig’s Little Women. “Marmee is maybe my favorite mother in literature,” she sighs. “I just worshipped her, and I definitely learned a lot about patience and fortitude and feminism and service, social justice, everything from her.”

But even with Marmee as your North Star and years of parenting under your belt, helping older children navigate to healthy choices is hard. And no parent ever thinks they’ve start the conversation at the right time, Dr. Sadreameli assures us that it’s also never too late. “Go in with an open mind and a gentle approach,” she advises. “It should be an ongoing conversation over time.”

To learn more about the American Lung Association’s Vape-Free Schools initiative, or to see how they can work with your students’ middle or high school, or visit their website, or visit www.lung.org/scholarship to help schools implement this program across the country.