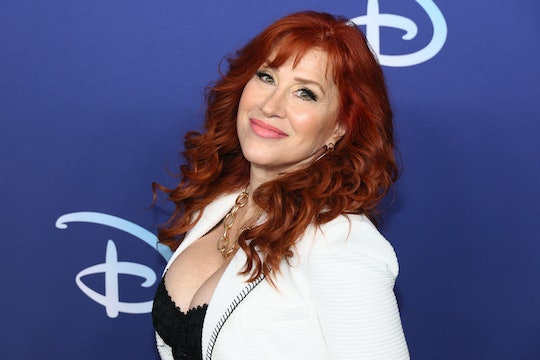 Lisa Ann Walter Is A Proud Mom Of Four

Chessy from The Parent Trap even had her own twins.

Fans of Abbott Elementary already know that Lisa Ann Walter is pretty much perfect as world weary-yet-loveable teacher Melissa Schemmenti. She’s tough but fair, funny but wise, and just all around the kind of person you want to get cocktails with because you know you’ll never be bored. In other words, the perfect mom friend. So it’s good to know that in real life, Walter is a mom of four adult kids. So she should have wisdom to spare if ever you meet for a glass of pinot gris on a patio somewhere.

Walter is perhaps most recognizable to fans as Chessy, housekeeper to Nick Parker (Dennis Quaid) in the 1998 remake of The Parent Trap. Much like Abbott Elementary co-star Sheryl Lee Ralph, Walter has been in movies and television shows for decades. And, of course, has been living an actual real life for decades that she has somehow managed to keep private, which feels very on brand for Chessy, and also Melissa. But what she has shared about her children and family life is pretty darn sweet.

Walter’s oldest son Jordan Baum, who she shares with ex-husband Sam Baum, was actually born on Sept. 11, and in a sweet throwback post she shared the fact that he was a baby model when he was little. Walter also shared that her son is a musician and an actor, so the apple clearly does not fall far from the tree.

Her daughter was the inspiration for an emotional scene in The Parent Trap.

Walter’s daughter Della Baum was the inspiration for an emotional scene in The Parent Trap, when Chessy realizes the twins have actually switched.

“We had just bought a house,” she told Us Weekly. “Three weeks after she was born we moved into my first home in New Jersey. We could barely make [our] mortgage. I had to go back on the road as a standup. … And I was nursing her, but I would pump when I was on the road. … I would run back to the hotel in between sets and nurse her and then go back into a second show. But a lot of times I was flying all over the country, or driving in Buffalo, taking the train and then I would get in the car, and she’s this 5-week-old baby. And all I’ve been in my adult life is a mom. And I would just grab her in the backseat, out of her car seat, and just smell her head. I wouldn’t put her down. Or the second I walked in the house I could smell her from her room because we’re mammals. What I had to go through to leave her as an infant was so hard.”

She had her own set of twins.

In 2000, just two years after her hit turn in The Parent Trap, Walter welcomed her own twins. Weirdly enough, on the same date as Lindsay Lohan’s fictional twins Hallie Parker and Annie James from the movie, Oct. 11. Walters’ twin sons, Simon and Spencer, are her youngest children and also happen to be twins. Because sometimes, life imitates art. Although Walter just kept both of her twin boys instead of doing a switch-a-roo.

More Like This
10 Parenting Lessons From Abbott Elementary That You'll Want To Write Down
Exclusive: Watch Hayden Panettiere Talk About Addiction Treatment 4 Months Postpartum
Gabrielle Union Admits She May Be Becoming A Bit Of A Dance Mom With 3-Year-Old Kaavia
Kylie Jenner Is Unbothered By A Little Breast Milk Leaking On Her T-Shirt