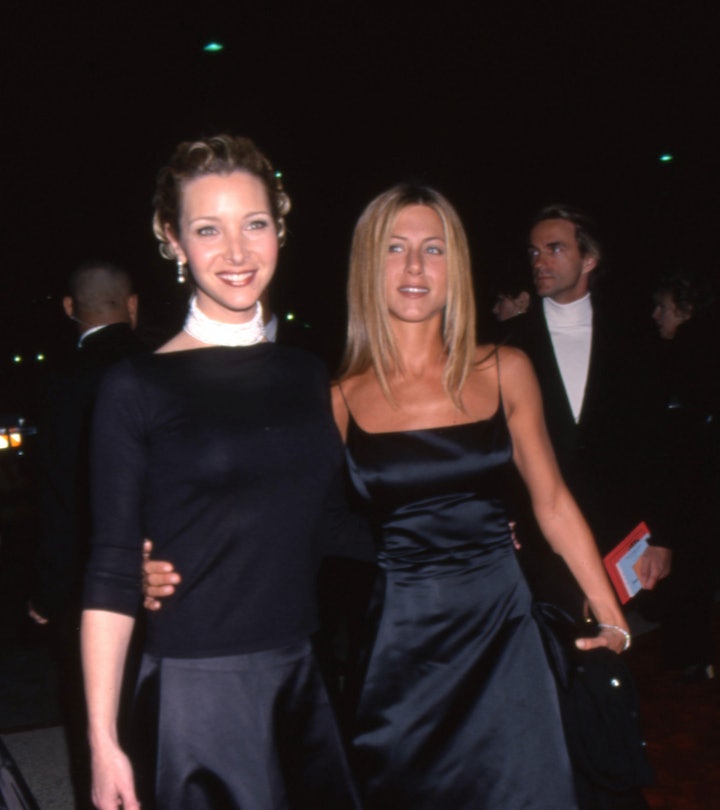 It was an honest mistake, alright?

While filming 10 seasons of the hit NBC sitcom Friends, the cast became thick as thieves. They spent so much time together that Lisa Kudrow, who played Phoebe Buffay on the show, shared that her son called Jennifer Aniston “mommy” while they were filming Friends. Oops.

Between 1994 and 2004, Friends entertained millions of fans who still can’t get enough of the show. But it wasn’t just the viewers who fell in love with its characters; Kudrow’s son, Julian, was a huge fan of Aniston, who played Rachel Green on the show. During an appearance on Conan last week, Kudrow told Conan O’Brien that her now 23-year-old son, Julian, was “obsessed” with Aniston when he would visit the set of the show, as reported by People. “He’d fly into her lap,” she revealed.

“I was always glad for anyone that Julian felt love for or felt love from,” she said. “But then at home, she’d be on TV and he’d go, ‘Mommy!’”

Kudrow has some kind of inkling of what drew her son to her co-star. “Well, she’s a lovebug and that made sense,” she said. “I’m happy for the both of them,” she joked.

Julian is now 23 years old, an actor (just like his mom), and a recent graduate of the University of Southern California. And in a full circle moment, Kudrow told O’Brien that he was able to attend the Friends reunion, where he told his mom after the taping that he was “really proud” of her. Awwww.

Friends: The Reunion airs on HBO Max on May 27.