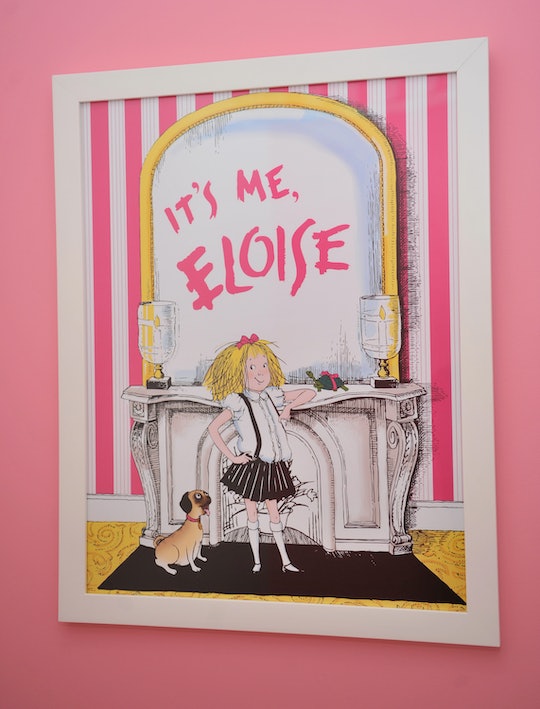 Oh to be 6 years old and wreaking havoc in a penthouse suite at The Plaza.

If you're looking for a little old-fashioned sweetness in your life, you'l be delighted to know that a new live-action Eloise movie is happening. That, of course, means the mischievous 6-year-old will once again be living the high life in the penthouse of the Plaza Hotel in New York City, living our best lives for us while we watch and wish.

Variety shared the news on Thursday that independent movie studio MRC had acquired the rights to the Eloise series, which was originally written by Kay Thompson in 1955 and illustrated by Hilary Knight. The beloved character of Eloise is a 6-year-old girl who lives on the "tippy top floor" of The Plaza Hotel in New York and excels at getting into mischief. She has a British nurse called Nanny who does her best to look after the irrepressible little girl, a dog named Weenie and a turtle named Skipperdee who gets to eat room service every day. Yes, she is living exactly the perfect life, this precocious child, and now fans are going to get even more of her.

While a director has not been named yet, nor any cast members, one important piece of the Eloise live-action puzzle has fallen into place. Linda Woolverton, writer of several Disney movies including Maleficent and the live-action version of Beauty and the Beast, has signed on to write the screenplay for the new live-action film, according to Variety. As Woolverton said in a statement, via Deadline, "I couldn’t be more excited and honored to adapt Kay Thompson’s delightful book and character for the screen with MRC Film. I absolutely love Eloise for her mischievousness, her irreverence, her imagination and made-up words. Her playground, the Plaza Hotel, is an iconic symbol of all that’s wonderful about New York City.”

This would not be the first live-action version of Eloise, of course. In 2003 a live-action adaptation of Eloise At The Plaza featured Sofia Vassilieva as the title character, Julie Andrews as Nanny, and Christine Baranski as Prunella Stickler. This version was released directly to video as was its 2009 sequel, Eloise At Christmastime.

Whether this new version of Eloise will have a theatrical release or go directly to streaming remains to be seen as its early days. But here's something you can do to get into full Eloise mode if you have the time (and money). Check into the Eloise Suite at the Plaza Hotel, a one bedroom king suite decorated in pink and white. Pink door, pink bed, pink and white wallpaper, not to mention Eloise books and even a special Eloise gift bag with a welcome letter from the girl herself on arrival. I might just do it for myself. You know... just to test out a day in the life of Eloise.