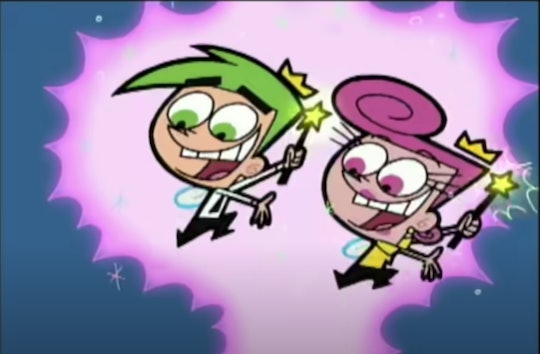 Some other familiar faces will return too.

It’s safe to say that every parent has that one show they can watch with their kids, and for many that was The Fairly OddParents. Few parents would mind sitting down with their kids to watch Wanda and Cosmo try to get Timmy out of whatever mess he had created in Dimmsdale, even if Vicky’s antics could have them second-guessing every babysitter who came through their door. Always colorful and charming and fun. And now, it’s back! A live-action Fairly OddParents series in production right now.

What Can We Expect?

This time around, Timmy Turner is sharing his access to his very own Fairly OddParents, who are also his pet fish if you will recall, with his cousin Viv when she moves to town. In this live-action remake, the series will now follow Viv and her new stepbrother, Roy Ragland.

“In The Fairly OddParents, Ty Turner uproots his life to reunite with his high school sweetheart, Rachel Ragland, in the town of Dimmsdale, thrusting his cautious 13-year-old daughter, Viv, into a new world where she does not fit in,” Nickelodeon said in a press release. “Once there, her cousin, Timmy, entrusts his fairy godparents, Wanda and Cosmo, to help her adjust by taking her under their wings. Witnessing the fairy transfer take place, Viv’s new stepbrother, Roy, also inherits them and the two siblings must come together to overcome the obstacles in their path, all with the help from their new wand-wielding and wish-granting fairy godparents.”

Where Can You Watch It?

The new live-action Fairly OddParents series will be available to stream on Paramount+ later this year. According to Nickelodeon, production is currently underway.

Are Any Characters Returning?

While there are new characters coming to the show, like Audrey Grace Mashall as Vivian “Viv” Turner and Tyler Wladis as Roy Ragland, fans will be excited to know that the original voices of Wanda and Cosmo, Susanne Blakeslee and Daran Norris, will be back for the new series.

Wanda & Cosmo Have Gone Live-Action Before

A new live-action ‘Fairly OddParents’ series is coming out.

The original animated Nickelodeon series ran from 2001 to 2017, and already spawned not just one but three live-action movies between 2012 and 2014. The Fairly Odd Movie: Grow Up Timmy Turner! starred Drake Bell as a 23-year-old Timmy.

When Is It Coming Out?

The exact release date for this new live-action version of Fairly OddParents has not been announced just yet. All we know is to expect it some time in 2021. So your best bet is to go back and watch the entire series again as a bit of a refresher.