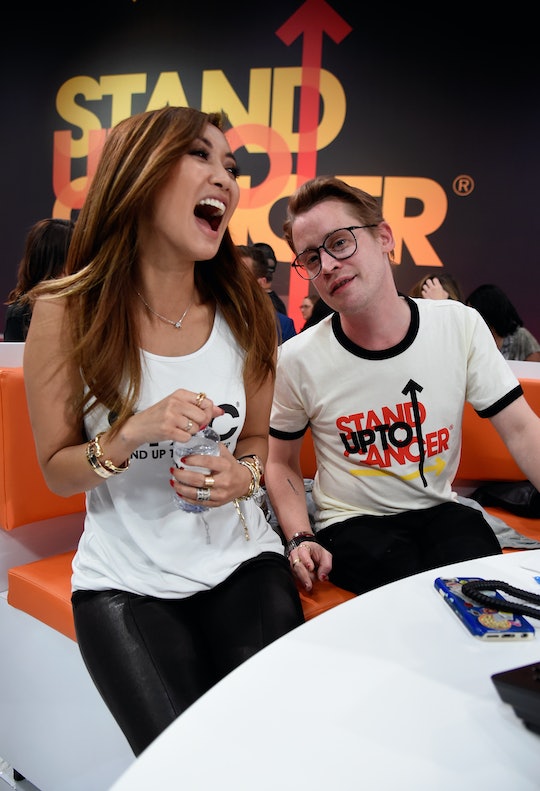 Get ready to be filled with a serious wave of nostalgia because Macaulay Culkin and Brenda Song welcomed their first child together.

The Home Alone actor and Disney Channel alum, who met on the set of the 2019 film, Changeland, quietly welcomed baby number one — a son named Dakota Song Culkin — on Monday, April 5. “We’re overjoyed,” the couple told Esquire, in a statement, noting that Song is “healthy” since giving birth.

The couple reportedly named their son after Culkin’s late sister, Dakota, who was 29 years old when she died from injuries sustained from being hit by a car in 2008, according to ABC News.

It’s completely normal for fans to have questions about the pregnancy and coupling, especially since this news might seem very unexpected. But let it be known that Culkin has been very open about wanting to start a family.

Culkin Has Talked About Wanting Kids

During a 2018 appearance on the podcast, The Joe Rogan Experience, Culkin was open about wanting to have kids with Song, according to Us Weekly. “I’m gonna make some babies,” Culkin told the podcast’s host, Joe Rogan. “This one’s a good one, so I’m probably going to put some babies in her in a little bit. I mean, we’ve definitely been practicing.”

Just last year, Culkin admitted to Esquire that he and Song were still “practicing” and trying to find the right timing to have a kid. “We’re figuring it out, making the timing work,” he admitted. “Because nothing turns you on more than when your lady comes into the room and says, ‘Honey, I’m ovulating.’”

Reactions Have Been Surprising

Since Song’s pregnancy was kept quiet, this news is coming as a surprise to people on Twitter — especially those who were fans of the child stars. Let’s just say, people are shocked that Song — who played London Tipton on the Disney Channel show, The Suite Life of Zack and Cody — and Culkin, who starred as Kevin McCallister in the Home Alone film series, are now parents.

Once people get over the initial shock, they might be even more surprised to learn that Song and Culkin were first rumored to be dating in 2017, according to Us Weekly.

The Couple Is Very Private

Since the couple is very private, it’s unclear when they will share a photo of their newborn to social media, or if they will share anything about their child at all. But fans can be assured that they have so much love for one another. “People don’t realize how incredibly kind and loyal and sweet and smart he is,” Song told Esquire last year.

“Truly what makes Mack so special is that he is so unapologetically Mack. He knows who he is and he is 100 percent OK with that. And that to me is an incredibly sexy quality. He’s worked really hard to be the person he is.”