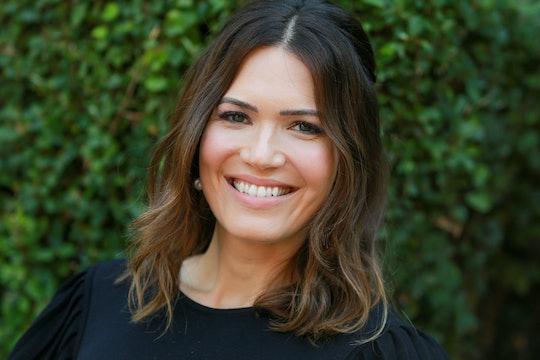 Mandy Moore Revealed Why She Named Her Newborn Son "August"

Her baby boy's name is so meaningful!

Just days after giving birth to her first child, Mandy Moore shared the inspiration behind her baby's name in a lovely post on Instagram. The This Is Us actress and her husband Taylor Goldsmith are first-time parents and it seems as though inspiration struck many months before their son arrived. The month of August, actually.

Moore announced earlier this week that she gave birth to her son August. "Gus is here. Our sweet boy, August Harrison Goldsmith," the new mom wrote on Instagram. "He was punctual and arrived right on his due date, much to the delight of his parents. We were prepared to fall in love in all sorts of brand new ways, but it goes beyond anything we could have ever imagined."

One day later, Moore shared the inspiration behind little Gus' name in another Instagram post featuring a baby blanket with "August" written across it. As she explained in the post, her son's name inspiration hit when they found out they were expecting a boy in, you guessed it, August.

"It was last August when @taylordawesgoldsmith and I found out we were having a boy (it’s also Taylor’s birth month) and we always loved the name... so it was settled very early on in our book," the actress shared.

Mandy Moore shared the providence behind her son's name.

Even August's little baby blanket has a sweet meaning behind it. "The 'A' (for Amanda) made from extra material from my wedding dress and 'T' (for Taylor) from his wedding shirt," Moore added on Instagram. "Felt like a very fitting amalgamation of our whole story. I can’t wait to pass this on to our sweet August one day."

Moore spoke to Romper in January about becoming a boy mom and shared that she was laser focused on raising "an intelligent, feminist, loving, compassionate young man, who respects women, and who understands boundaries.” Giving her son the name August does seem to fit in well with her hopes of raising a good man. According to Nameberry, the name August is derived from the Latin "Augustus" and means "great, magnificent." It sounds as though the future holds big things for little August. And it all started with his name.