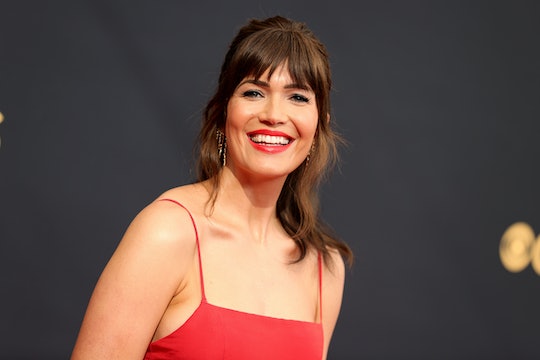 “As a new parent, this issue is particularly close to my heart.”

New mom Mandy Moore has joined philanthropist Melinda French Gates in urging Congress to pass a national paid family leave policy. Lawmakers in Congress are currently debating approval of the Build Back Better Act, a $3.5 trillion reconciliation budget bill that could give all workers up to 12 weeks of paid family and medical leave. But the inclusion of a paid leave policy in the bill’s final form isn’t a guarantee as members of Congress could decide to strike it from the legislation prior to approval. In urging lawmakers to approve the policy, Moore and Gates have called this moment a “once-in-a-generation opportunity.”

“Unless we act, this opportunity may slip away — with huge consequences for women, families, and the U.S. economy,” Moore wrote Monday on Instagram. “As a new parent, this issue is particularly close to my heart.”

Of course, Moore and Gates aren’t the only people who support instituting a national paid family leave policy. For years, a majority of people living in the United States have supported paid leave.

“It’s difficult in these divided times to find issues that Americans overwhelmingly agree on, but paid leave is one of them,” Gates noted in a recent op-ed for Time. “Probably because it solves a problem that is as universal as it gets. At some point in our lives, almost everyone who works will need time away from their job to take care of themselves or someone they love.”

That includes Moore, who earlier this year returned to work on This Is Us just four weeks after giving birth to her son. At the time, Moore received some criticism from those who wondered if her quick return to work was “setting a pretty bad example” amid parents’ ongoing fight for paid leave that guaranteed at least a few months off.

If Congress decides to pass the Build Back Better Act as is, workers will be guaranteed 12 weeks of paid parental, family, and personal leave within 10 years of the program’s launch. As initially written, the program would provide workers with up to $4,000 a month or a minimum of two-thirds of their average weekly wages — 80% for the lowest wage workers. Under the bill, workers will also receive three days of bereavement leave each year, according to a White House overview of the bill.

On Monday, Moore and Gates urged their followers to contact their Congressional representatives and ask them to keep paid leave in the budget. “We’ve never been closer to passing #PaidLeave, and we can’t give up now,” Moore wrote. “Don’t let Congress leave women behind.”