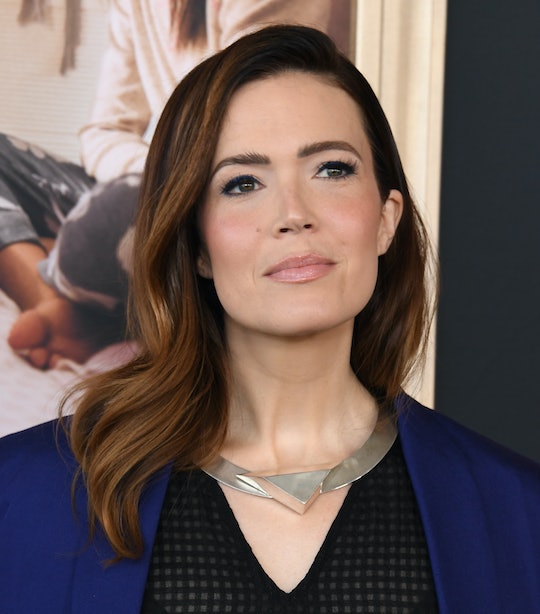 “We'll just push forth like we did last time."

Mandy Moore recently revealed that she’s joining the the “2 under 2 Club” and is expecting her second baby. While doubling the number of little kids to care for induces anxiety for any parent, Moore recently opened up about some upcoming challenges with her birth plan too. Due to an a rare blood disorder, Moore is planning for an unmedicated birth.

While many moms praise the almighty epidural, in rare cases medication is not an option. In an interview with Today Parents, the This Is Us star shared details of an autoimmune disorder called immune thrombocytopenic purpura (ITP), which means she cannot receive the anesthetizing injection during labor. "My platelets are too low for an epidural," Moore said.

Moore, who shares a 17-month-old son Gus with husband and musician Taylor Goldsmith, has been down this road before as she also delivered her first son without medication. "It was awful. But I can do it one more time. I can climb that mountain again."

"I wish medication was an option — just the idea of it being on the table is so nice. But we'll just push forth like we did last time," she continued.

Moore announced the upcoming arrival of her second son on Instagram with a super-cute picture of her firstborn in a “big brother” T-Shirt. “One incredibly seminal chapter of my life just ended and the next one, as a mother of two, is about to start… and are we ever so deeply grateful and excited. Baby Boy Goldsmith #2 coming this fall! Tour is gonna be slightly different than I expected but I can’t wait and Gus is gonna be the BEST big brother!! Xo,” the Emmy winner captioned the post.

Unfortunately, this isn’t the first obstacle Moore is facing since announcing her pregnancy. While the mom-to-be was gearing up to hit the road and share her music, Moore recently had to take a step back and make the difficult decision to cancel her tour early.

“With some much going on in the world, I hate taking my little corner to go on about my own life but your messages of love and empathy and compassion have meant so much,” she captioned the Instagram announcement that she was suspending her tour. “It’s hard to slow down. It’s difficult to feel like you’re letting yourself or anyone else down. It’s disappointing to admit you can’t do it all sometimes. But it’s also empowering to give yourself permission to be human and take a breath.”

“We all need it. To prioritize rest over hustle. I’ve wanted to be on the road, touring and singing every night since the second I last toured in Fall of 2007. It was made even more special this go-round by having my husband, my brother-in -law, one of my best buds and favorite musicians all join me- and it may never line up like that again. It wasn’t an easy decision but I know in my gut it was the right one. The last 3 weeks were magical and I was fully present and appreciated them and am deeply grateful to all of you who took the time to come and see us play. Also I get to tell my boys all about it one day- that one of them was running around in a new city every day, making friends and the other was in my belly as I sang every night. Nothing better. Thanks again, friends. Love you.”

Being a working-mom is hard enough, but Moore’s fans no doubt appreciate that she is willing to share the vulnerable moments and challenging decisions that mothers have to face and make. With an unmedicated labor on the horizon and two little boys soon taking over the house, Moore will surely have her hands full. Hopefully the joy and chaos will also produce some pretty great inspiration for her next album and tour.