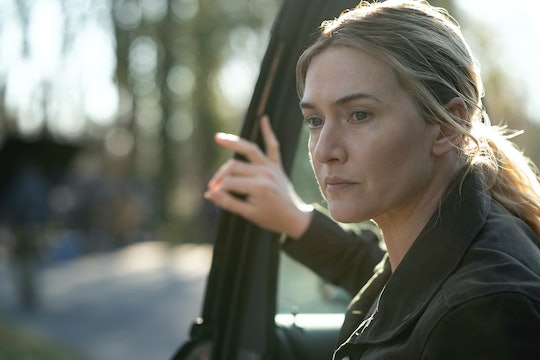 Everything We Know About Season 2 Of Mare Of Easttown

Everyone wants more Mare. And Helen. And Lori.

No one likes it when good things end, and HBO’s gripping small town crime drama Mare of Easttown is no exception. After the first season came to its shocking conclusion at the end of May, fans were quick to start calling for more. More Mare. More Easttown. More Kate Winslet out there representing real middle-aged women with complicated relationships while also being a genius detective and fighting with her mom. Will Season 2 of Mare of Easttown happen though? That’s the real question.

When Season 1 of Mare of Easttown initially wrapped, there was no definitive indication from creator and writer Brad Ingelsby about whether or not there were plans for a second season. Billed as a limited series, the seven episodes certainly felt like a jam-packed world of their own. Indeed, it felt like Mare Sheehan had lived several exhausting lives in her Pennsylvania town of Easttown as a mom who lost her son to suicide, a grandmother raising her grandson while living with her own sassy mother and daughter, a detective trying to solve multiple cases at once and also juggling two love interests.

What more could we want? More Mare. And Winslet herself, for one, agrees.

Kate Winslet Would Be On Board

Winslet told TV Line that she would be willing to play Mare Sheehan again because, like all of us, she misses her. “I would absolutely love to play Mare again,” Winslet told the news outlet. “I miss her. I really do. It’s the strangest thing. I feel like I’m in mourning. It was an absolutely wonderful role… There’s something very addictive about Mare, because she’s so outrageous and lovable and brilliant and real, you know? I loved playing her.”

‘Mare Of Easttown’ could get another season.

Series director and executive producer Craig Zobel was divided when the subject of a second season of Mare Of Easttown was raised with TV Line. He called Mare an “amazing character” that he would be “excited to see” on screen for a second season, but “also likes it as a miniseries.” After such a brilliant first season, the expectation levels have to be high.

‘Mare Of Easttown’ could get a second season.

HBO might have billed Mare Of Easttown as a limited series, but they signed creator Brad Ingelsby to a three-year contract, according to The Hollywood Reporter, which leaves the door open for a second season. As HBO chief Casey Bloys explained to Variety, there hasn’t yet been a conversation about another season, but he would be willing to consider it. “If Brad felt like he had a story to tell that felt like it would be at the same level,” he told the outlet. “I think everybody would be open to it. Right now, he doesn't have that story. Who knows? We'll have to wait to see if they come up with something they're dying to tell.”

Bloys admitted that he had “no real idea” about a second season at this point, but he didn’t say no did he? So that’s a good sign. Fingers crossed!