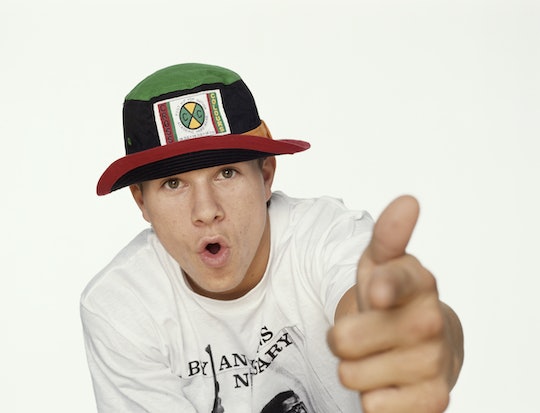 But they still copy it...

Was there anyone who embodied the true spirit of ‘90s-era fashion than Marky Mark himself? Mark Wahlberg, previously of Marky Mark and the Funky Bunch fame, was all about his Calvin Kleins showing over his loose jeans, no shirt, and backwards hat in those days. And it seems Wahlberg’s kids have some strong feelings about his look.

The actor told Entertainment Tonight that his kids are “terribly embarrassed” by his ‘90s fashion choices. Entertainment Tonight asked the actor recently how his four children, 18-year-old daughter Ella Rae, 15-year-old son Brendan, 14-year-old son Michael, and 2-year-old daughter Grace Margaret, all of whom he shares with wife Rhea Dunham, felt about his iconic ‘90s looks. “Oh they’re terribly embarrassed by it,” he admitted to the outlet.

Embarrassed, yes, but not so much so that they’re not willing to try it out for themselves, apparently. Even inadvertently emulating their dad in some cases. “My son, the whole time we were on summer break, doesn't have a shirt on and has his underwear hanging out,” Wahlberg said in the same interview. “He totally stole the whole look.”

Wahlberg’s son isn’t the only one of his kids who has payed homage to his younger days. The actor told People that his daughter Ella Rae has been wearing a certain t-shirt lately that she picked up at a vintage shop. “My daughter actually was so cool. She bought a Marky Mark and the Funky Bunch T-shirt from a vintage shop, and she's been rocking it like crazy,” he told the magazine. And it seems she wasn’t even doing it to bust his chops. “She was really rocking [it] with me. It's nice to have [her celebrate] some of my past,” Wahlberg shared with People. “That was actually a very nice little moment for me.”

Now if Ella Rae could just get her siblings to dress up as the Funky Bunch, I think we’ve got a great idea for a family Halloween costume for the Wahlberg clan.