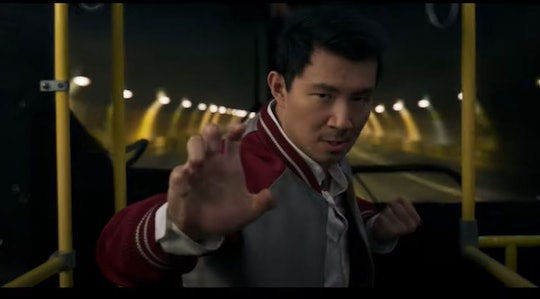 Thanos may be gone and the Avengers may have dispensed, but there are still lots more stories to be told in the Marvel universe. Indeed, Disney’s Marvel has its first Asian superhero in Simu Liu. The 32-year-old actor will play Shang-Chi in Marvel’s upcoming movie Shang-Chi and the Legend of the Ten Rings.

Liu broke the exciting news on his Twitter page on April 19, which is also his birthday. “Whoever said that you could only RECEIVE presents on your birthday,” the 32-year-old actor tweeted. “Today, I’m giving you your FIRST LOOK at the teaser poster for ‘Shang-Chi and the Legend of the Ten Rings.'”

Shang-Chi will be the first Marvel movie to have an Asian protagonist and all-Asian team, which includes Just Mercy director Destin Daniel Cretton, who is of Japanese and Hawaiian descent. “Growing up all I had was Spider-Man. Because he had the mask on, I could dress up like Spider-Man for Halloween,” Cretton told Entertainment Weekly in a recent interview. “I had a handful of other characters that looked like me on screen, but there were maybe two or three that I could choose from, and superheroes were not a part of that.”

Shang-Chi and the Legend of the Ten Rings picks up where Iron Man 3 left off, according to Variety. The villain, The Mandarin, played by Ben Kinsgley, turned out to be an actor. However, Tony Leung will play a new villain that acquires mystical powers from 10 magical rings. Liu will play the hero who’s trained most of his life to become an assassin under his father’s influence. Liu’s character walks away from that life and tries to make a new chapter in America, but Leung’s villainous character and other elements suck him back into the life he was seeking to escape.

The first trailer for the film gives Marvel fans a taste of the action-packed scenes, special effects, and dramatic music to expect.

Liu told Entertainment Weekly the most exciting part about his character was unfolding his backstory. "We know so many different versions of Batman's origin story, how his parents were murdered when he was very young,” Liu told the outlet. “We know Peter Parker, who was bitten by a radioactive spider, and he loses his uncle. Shang-Chi's story is very much unknown to most of the world, so we had a lot of freedom and creative liberty to make it the way that we wanted to.”

The release was delayed several times due to the coronavirus pandemic. But, mark your calendars, because Shang-Chi and the Legend of the Ten Rings is set to be released to the world in theaters on Sept. 3, 2021.