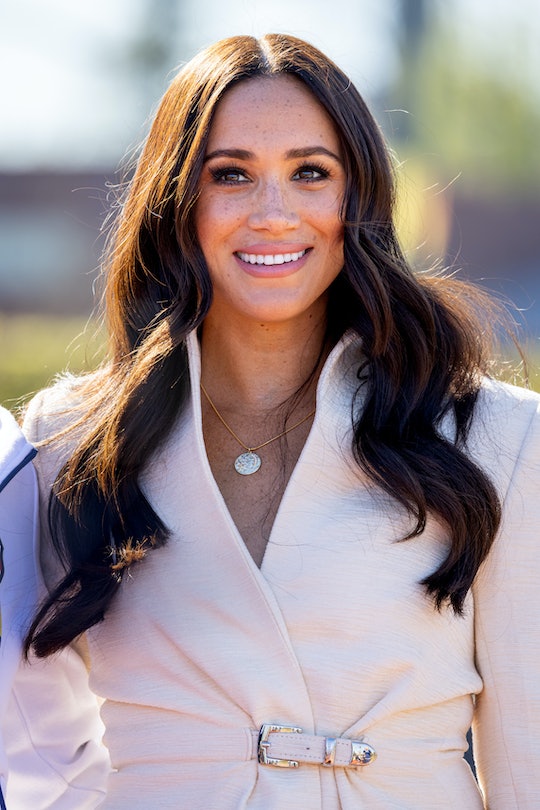 Because fellow moms get it.

The Duke and Duchess of Sussex were in The Netherlands over the weekend for the 2022 Invictus Games, an international sporting event for wounded, injured, and sick servicemen and women that Prince Harry founded in 2014. But while the games may be Harry’s initiative, that doesn’t mean Meghan Markle can’t do her part. The couple arrived at the venue, escorted by Team Netherlands. When the temperature suddenly dropped, Meghan gave her coat to a mother holding a newborn, who could be seen snuggled in the sharp tan coat thereafter.

It was a small moment, for sure, but one that resonated with parents everywhere. One could argue that Meghan’s act of kindness is all part of the “princess” gig that requires one to do good deeds from time to time, but we like to think that it’s just one of those things mamas do for one another while out in public. Some of us offer a fellow parent a spare diaper, others offer designer coats!

In this video, posted to Twitter by a Sussex fan account, you can see Meghan just inside the building draping her coat over the child before strolling outside to greet the public, The Hague's Mayor Jan van Zanen and Mart de Kruif, chairman of the 2022 Invictus Games.

Their attendance at the Invictus Games, which will run until April 22, marks the first time the couple has been back to Europe together since stepping down as working members of the royal family in 2020. (And, yes, they stopped in the UK to visit with Queen Elizabeth on April 14 before heading to The Hague.) Speaking at the opening ceremony, the pair both invoked their children, Archie and Lilibet, who did not join them as a matter of security (and, let’s be honest: probably traveling with young kids is hard).

“To be role models, or the role models, that each of you are takes strength and it takes courage,” Harry told the crowd. “When I talk to my son, Archie, about what he wants to be when he grows up, some days it’s an astronaut, other days it’s a pilot — a helicopter pilot, obviously. Or Kwazii from Octonauts. But what I remind him is, that no matter what you want to be when you grow up, it’s your character that matters most. And nothing would make his mom and me prouder than to see him have the character of what we see before us today.”

And while helping out a fellow parent in need may not be exactly like military service, we think that’s a good sign of character, too.