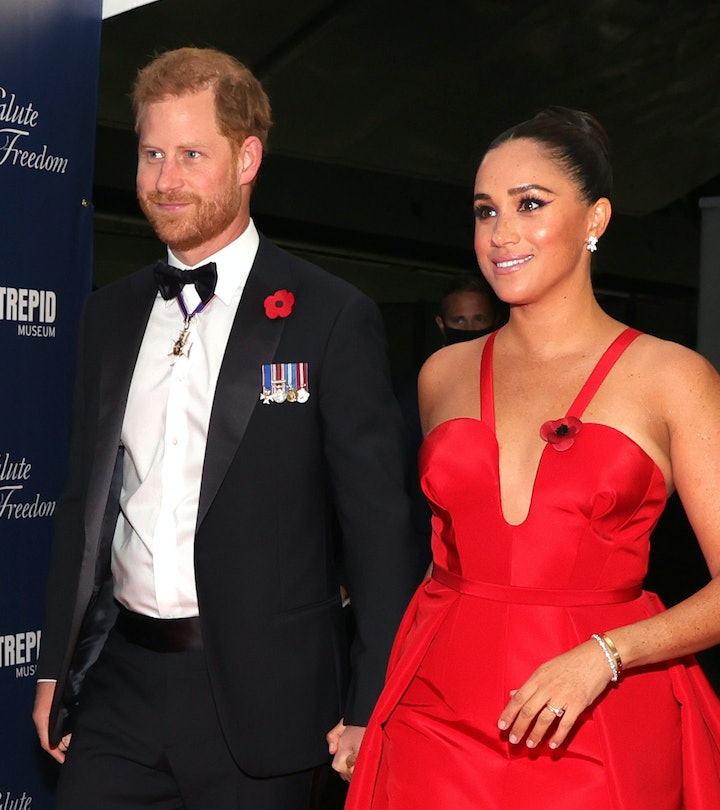 Though it’s their first face-to-face meeting in two years, they’ve kept in touch.

Prince Harry and Meghan Markle, the Duke and Duchess of Sussex, shocked the world in January 2020 when they announced that they would be stepping down as “working royals.” By March, the pair had moved to California. But observant readers (a.k.a. literally anyone on Earth) may recall that March 2020 saw an even bigger news headline: the beginning of the international coronavirus pandemic. Covid kept the family state-side even as they welcomed daughter Lilibet in 2021. But on Thursday, Harry and Meghan met with the Queen for the first time since stepping down from the monarchy.

The Sussex’s office confirmed that the pair visited with Harry’s grandmother, Her Majesty Queen Elizabeth II at Windsor Castle, on their way to the Netherlands for the Invictus Games, of which Harry is a founder and patron. While Harry has returned to his home country twice since 2020 – once for his grandfather Prince Philip's funeral in April 2021 and again in July 2021, when he joined his brother, Prince William, to unveil a statue of their late mother, Princess Diana – this will be their first joint trip back to the UK since they left in 2020.

While the pair’s departure from the monarchy sparked rumors that Harry and Meghan had “blind-sided” the Royal Family, including her majesty, Harry denies that that’s the case. “I’ve never blind-sided my grandmother. I have too much respect for her,” he told Oprah in the now-famous March 2021 interview. “My grandmother and I have a really good relationship, and an understanding. And I have a deep respect for her. She’s my Colonel in Chief, right?”

He also says that in the year after walking away from his official position, he and his grandmother had spoken more than they had “for many, many years.”

Meghan has steadfastly spoken in similarly glowing terms of her grandmother-in-law the monarch, saying her Majesty has always been "warm, welcoming, and inviting," though, of course, there’s still some formality. In her interview with Oprah, she recalled meeting the Queen for the first time.

“I remember, Harry and I are in the car and he says, ‘OK, well, my grandmother’s there so you’re going to meet her,’” she shared. “He goes, ‘Right, do you know how to curtsy?’ ‘What?’ He said, ‘Do you know how to curtsy?’ Now, I thought, genuinely, that that was what happens outside. I thought that was part of the fanfare. And I said, ‘But, it’s your grandmother.’ He goes, ‘It’s the Queen.’”

But if Queen Elizabeth was hoping to see her great grandchildren (and meet her namesake), she was disappointed. Archie and Lilibet were not with the couple; Harry is currently in a legal battle with the British government, per USA Today, to be able to personally pay for police protection in the UK, saying his private security team in the U.S. doesn’t have adequate jurisdiction abroad or access to British intelligence information. Until an agreement can be reached, Harry’s lawyer has argued that the family does not feel safe in the UK.