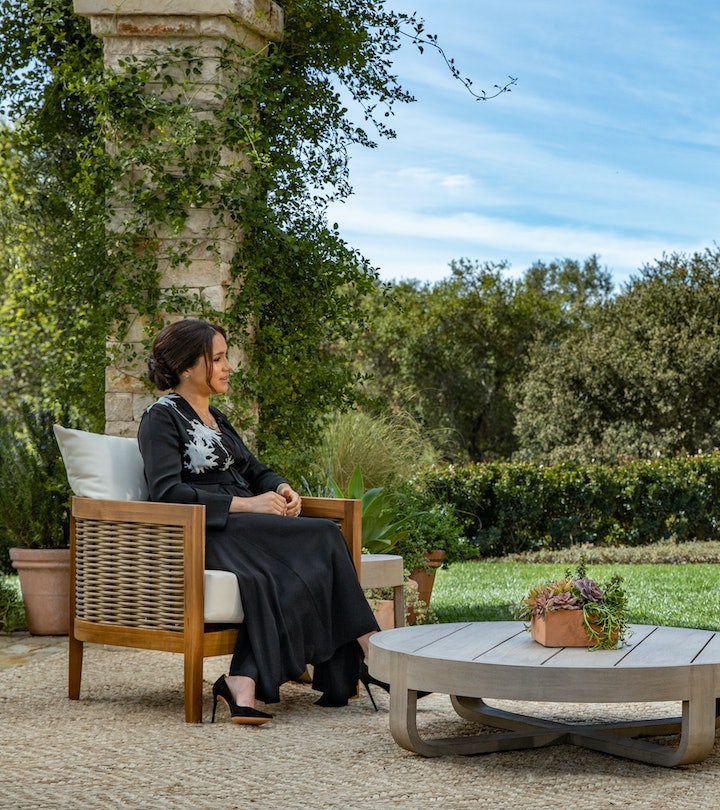 Any parent who’s shared a photo of their baby on social media can understand.

In a new, unaired clip from her interview with Oprah Winfrey, Meghan Markle described why privacy is a “basic right” in a way that any parent on social media can immediately understand. Her adroit analogy was grounded in a reality that even the humblest non-royal commoner can relate to — now as never before, the social media age has presented parents with important decisions about what information about their children they want publicly available, even among a chosen circle of friends, and what remains private.

It is certainly no secret that the tabloid press has an insatiable interest in “the royals” and will go to great lengths to get pictures and a story. Meghan and Harry have frequently decried the toxicity of the press in general and the UK tabloid press in particular as being detrimental to their mental health. A few short weeks before the airing of the Oprah interview, Meghan won a lawsuit against Associated Newspapers, which publishes tabloids like the Daily Mail, MailOnline and the Mail on Sunday, for printing excerpts of private letters the duchess wrote to her estranged father, Thomas Markle.

The subject of privacy for public figures is one of rigorous debate, legally and otherwise, and can become particularly thorny in regard to the British monarchy, which is supported, in part, by UK tax payers. Yet, ethical considerations aside, many feel that the invasive nature of the press in the lives of celebrities cannot be terribly surprising and, indeed, should be regarded as a hazard of the trade. Winfrey gave that point of view voice while speaking with Meghan.

“Shouldn’t you have an expectation that you’re going to have to lose privacy?” Winfrey asked. “That’s part of the deal.”

“Two things here,” Meghan, who’s currently pregnant with the couple’s second child, responded immediately. “I think everyone has a basic right to privacy. Basic.” She went on to convey her point with a poignant analogy. “If you're at work and you have a photograph of your child on your desk, and your coworker says, 'Oh, my gosh, your kid's so cute. That's fantastic! Can I see your phone so I can see all the pictures of your child?' You go, 'No. This is the picture I'm comfortable sharing with you. And then if they double down and say, 'No, but you already showed me that one. So you have to show me everything. You know what, I'm just gonna hire someone to sit in front of your house, or hide in the bushes and take pictures into your backyard, because you've lost your right to privacy...because you shared one image with me.'"

Meghan concluded by relating the issue to having a social media account, which she deleted months before her royal wedding in May 2018. “There's no one who's on Instagram or social media that would say, 'Because I shared this one picture, that entitles you to have my entire camera roll. Go ahead and look through it.' No one would want that. So it's about boundaries. And it's about respect.”

Certainly it’s a concept any mom with a phone full of baby pictures can vividly understand — in a world where every aspect of our lives could very easily be public, we make important, sometimes difficult decisions about what we choose to make public. We have the power to make that bare baby tushie picture available for all to see or to let that remain unposted on our phones. The idea of others feeling entitled to that power over our children’s lives (and our own) is scary, especially when you know that the duchess’ audience is far greater than any of ours.

The observation certainly sheds greater light on Harry and Meghan’s choice to step back from the high-profile life of being “senior royals” and begin to make new choices on their own terms.