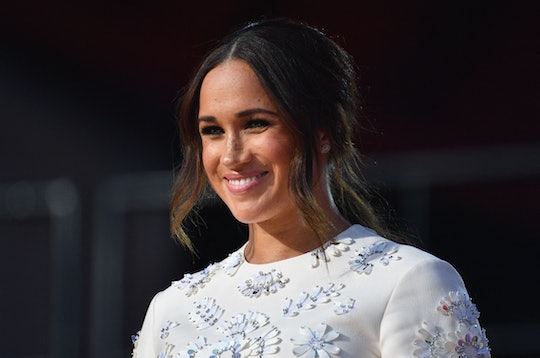 Paid leave advocates said they were “truly honored” to know the Duchess of Sussex had their back after a stressful week.

Meghan Markle spent the weekend showing her gratitude for those who have spent the last few weeks tirelessly fighting for paid family leave. The Duchess of Sussex is reported to have sent Starbucks gift cards to every employee at PL+US, a non-profit organization committed to getting Congress to pass a paid family and medical leave policy. Meghan is also reported to have emailed messages of appreciation to two senators who have continued to fight for paid leave despite its recent last-minute removal from President Joe Biden’s spending package.

“The Duchess of Sussex bought everyone at @PaidLeaveUS a few cups of coffee while we're working overtime to #SavePaidLeave,” Neil Sroka, communications director for PL+US, tweeted over the weekend. “Unbelievably classy... and necessary. Truly honored to know she has our backs in the fight to win #PaidLeaveForAll.”

Sroka shared a screenshot of one of the electronic gift cards she sent, revealing the Duchess of Sussex had also included a brief note communicating her thanks. “Just a little something to keep you going,” the note of the gift read. “Thank you for all that you do.”

Sroka later clarified that Meghan sent each PL+US staffer a $25 Starbucks gift card through her and Prince Harry’s Archewell Foundation. “Maybe that doesn’t mean much to some, but for our team fighting to #SavePaidLeave it was a delightful surprise,” Sroka wrote. “Thank you #MeghanMarkle.”

The Duchess of Sussex was also reported to have emailed Kirsten Gillibrand and Patty Murray, two U.S. senators who have continued to advocate for a federal paid leave policy. According to NBC News’ chief White House correspondent Kristen Welker, Meghan thanked both senators for their advocacy and urged them to continue fighting for the policy.

Meghan expressed her support for paid family leave policy in October when she published an open letter to Majority Leader Charles Schumer and Speaker of the House Nancy Pelosi. In it, she urged them to keep a provision that would guarantee workers 12 weeks of paid family and medical leave in President Biden’s Build Back Better Act.

While at least nine states and the District of Columbia have paid leave laws of some kind, the duchess argued paid family leave should be “a national right” guaranteed by the federal government. “If we’re going to create a new era of family first policies, let’s make sure that includes a strong paid leave program for every American that’s guaranteed, accessible, and encouraged without stigma or penalty,” Meghan wrote.

Unfortunately, intense opposition from Sen. Joe Manchin resulted in paid leave being pulled from the president’s spending package late last week in a major loss to parents and families.