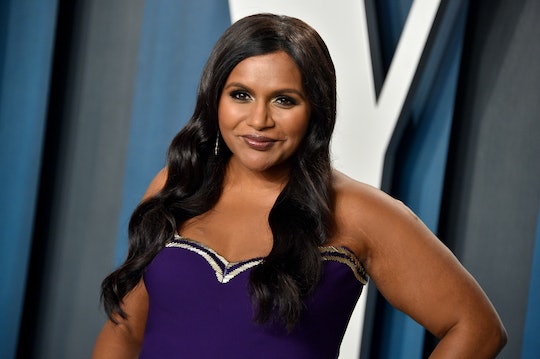 “I had Spencer during Covid and it was a strange isolated time, but the instant I saw him I knew he would make everything better.”

To celebrate her son’s first birthday, Mindy Kaling gave fans a rare gift: a photograph of the birthday boy himself. While the Never Have I Ever creator has made a point of protecting her children’s identities, she shared what is believed to be the first public picture of her son Spencer Avu over Instagram on Monday while marking the tot’s first birthday.

“Friday was my son Spencer’s first birthday,” Kaling wrote on Instagram while sharing a photo of the birthday boy reaching toward a dozen brightly colored balloons. While the photograph doesn’t show Spencer’s face, it does show his sense of curiosity and interest in new things and new people.

In fact, Kaling noted that Spencer appears to be much more of an extrovert than her 3-year-old daughter Katherine “Kit” Swati. “My daughter Kit is pretty cautious with new people,” Kaling wrote. “Not this guy. If you happen to make eye contact with Spencer, he lights up like you are old war buddies and he makes a beeline to you.”

But Spencer and his sister do have at least one thing in common: their names. According to PopSugar, Kaling has said her children’s first names are an homage to Katharine Hepburn and Spencer Tracy, two legendary Hollywood actors who carried on a 26-year affair.

After keeping her pregnancy a complete secret, The Mindy Project actress casually revealed she was now a mom of two during a virtual interview on The Late Show With Stephen Colbert in October 2020. “I’m telling it for the first time now, it feels so strange,” Kaling said at the time. “But I gave birth to a baby boy on Sept. 3.”

She credited the pandemic, which led to public appearances being canceled and temporarily halted filming for most TV and movie projects, with helping her keep both her pregnancy and Spencer’s birth under wraps. “I was like, ‘Oh, everyone’s kind of secret-pregnant,’" Kaling previously told Health of how easy she found concealing her pregnancy amid the pandemic. “Everyone’s wearing sweatpants and eating whatever they want.”

In contrast, Kaling was under constant scrutiny during her first pregnancy as she filmed the final season of The Mindy Project while roughly seven months pregnant with Kit in 2017, according to InStyle.

But as Kaling noted on Monday, being pregnant during a global pandemic isn’t exactly easy. “I had Spencer during Covid and it was a strange isolated time,” Kaling shared on Instagram. “But the instant I saw him I knew he would make everything better. And he did!”

More Like This
Rubble From 'PAW Patrol' Is Getting His Own Spinoff Series Full Of "Messy Demolition"
New Blippi Live Show Is Coming To A Stage Near You In 2023!
Kate Middleton's First Tiara Moment As The Princess Of Wales Honored Princess Diana
Ryan Reynolds Jokes He "Should Sweep Or Something" To Get Prepped For Baby #4