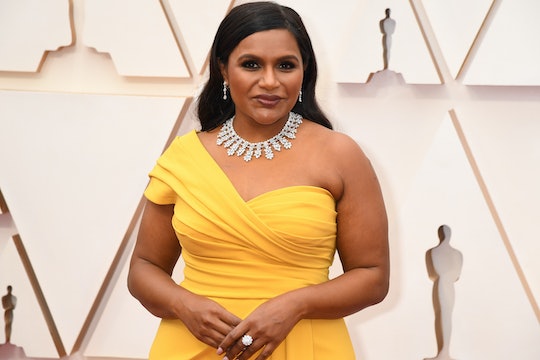 Jinkies! This is a dream come true!

If you identified with a certain brainy member of the Mystery Gang who never seemed to get her fair share of credit for crime solving, your time has come in more ways than one. News broke this week that Mindy Kaling will voice Velma in a Scooby Doo reboot on HBO Max. Not to oversell it, but this is the kind of perfect pairing that comes along but once in a lifetime. Especially if you happened to be a kid who sometimes felt a bit underrated or even invisible like young Velma Dinkley herself.

On Feb. 10, HBO Max announced a new adult animation series order for two seasons of Velma, a Scooby Doo reboot that will shine the light on the oft-overlooked, hard working Velma Dinkley as she navigates the pitfalls of high school and solves some crimes on the side, according to Entertainment Weekly. Other members of the Mystery Gang will reportedly be part of the origin story as well.

Kaling has been chosen to be the voice of Velma for the new series, and also will act as executive producer. The mom of two shared her excitement over the new collaboration on Instagram where she also offered a little insight into what the series might look like, "I’m so excited to be voicing this iconic character! Velma will struggle to navigate the pitfalls of high school, her budding sexuality, and a serial killer intent on murdering every popular kid in town. Sounds epic, @charliegrandy. Can’t wait!"

Mindy Kaling will be the voice of Velma.

Naturally, most of the response to the news that Kaling will be the voice of Velma Dinkley has gone over pretty well. "This is perfect!" one fan commented, while another said, "this makes so much sense."

Unfortunately, there were also a few naysayers. One in particular who took to Twitter with a GIF of Michael Scott saying "No!" over and over again in response to the news. Don't worry, Kaling responded epically on Twitter: "I wrote the episode of The Office this gif is from." The original tweet has since been deleted.

I like to think that's just the kind of self aware sass and confidence Kaling will bring to Velma, a heroine whose light has been dimmed for far too long. Now is her time to shine.