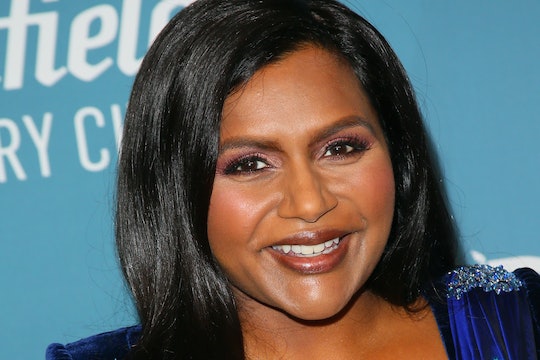 After five times though...

When a toddler loves something, they really, really love it. Just ask mom of two Mindy Kaling, whose post about watching The Grinch is as relatable as it gets during the holiday season. Raising a 3-year-old does sort of mean you are at their mercy, as Kaling has learned the hard way.

Kaling is mom to 3-year-old daughter Katherine "Kit" and baby boy Spencer, who was born back in September. The Mindy Project star is famously careful about sharing too many personal details when it comes to her kids, but that doesn't mean she's unwilling to share some elements of her home life. Especially when those elements tend towards the universal rather than the specific. Like Kit's insistence on re-watching How The Grinch Stole Christmas, for example. On Tuesday Kaling shared a meme of Naomi Watts looking exhausted and teary-eyed featuring the message, "When your three year old asks to watch The Grinch for the fifth time in a row."

The mom of two captioned the post, "How the Grinch stole my sanity," and in no way should that disparage a very fine tale from Dr. Seuss but let's face it, no enforced movie watching is charming after five times in a row. Truly, no single movie.

Mindy Kaling's daughter is all about 'The Grinch.'

Kaling's post rang true for many parents on social media, with some sharing their own experience with the movie this holiday season, "My 4yo keeps moaning 'For 55 years, I've put up w this now!' every time his sister frustrates him." Another simply wrote, "Same, same," while someone else noted it isn't just How The Grinch Stole Christmas with kids, "This is Jingle Jangle at my house this year."

According to Psychology Spot, there's a reason kids watch the same movies over and over again and it's not to get under their parents' skin I promise. First off, it takes them longer to understand the movie the first time around. The more they watch a movie, the more details they catch and the more they get the gist of the theme. Then they establish a real emotional connection with the characters and need to keep revisiting them again and again.

I realize this is small comfort to every parent of a toddler who simply cannot sit through the same movie one more time, but it's sort of a rite of passage. First you are stuck sitting through several rounds of The Grinch, then you are watching it alone with a glass of Pinot Grigio, crying softly to yourself.