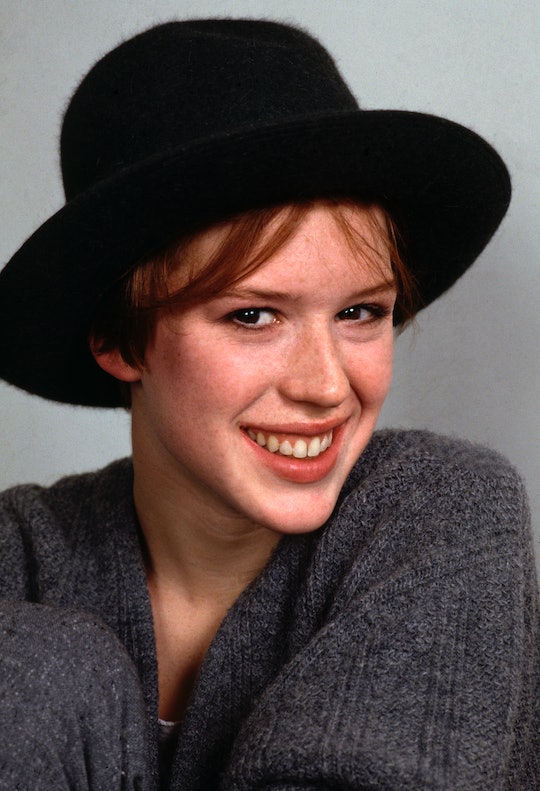 "That's it? You don't have anything else to say to me today?"

After four decades in the acting business, Molly Ringwald knows a little something about timing. And irony. And nostalgia! Of course the queen of ‘80s teen movies would understand nostalgia. So when her mom recently forgot it was her birthday, the Sixteen Candles star couldn’t help but point out that “life imitates art” since it was basically a scene from that movie.

Ringwald turned 54 on Feb. 18, and she shared some of her celebrations on Instagram. Dinner with friends, for instance, and a gorgeous pink-themed gift box sent her way from Netflix. But it was her text exchange with mom, Adele Frembd, that really was a gift to us all.

Ringwald shared a screenshot of their conversation, which appeared to be winding down. And in true Sixteen Candles fashion, it seemed as though Ringwald’s mom was going to go about her day without acknowledging her daughter’s birthday. In a perfectly timed quote from the John Hughes classic 1984 movie, Ringwald wrote, “That's it? You don't have anything else to say to me today?” Just as her character Samantha Baker said to her mother, played by Carlin Glynn, on her forgotten 16th birthday in the movie.

Unlike Sam’s mom in the movie, Adele caught on quickly. “I didn’t realize it was the 18th today,” she responded. “Happy Birthday! I haven’t got your present in the mail. Will do very soon.”

Ringwald didn’t let it drop. “Life imitates art,” she wrote and her mom answered, “How true. It took me a few more years to forget.”

Several fans were quick to pick up on the provenance of this exchange, referring to several scenes in the movie like, “Ginny will be in the other room rubbing lemons on her elbows. Happy Birthday!” and “Did she at least pack your carrots?”

Strangely enough, the Riverdale star seemed to be in a bit of a time warp in more ways than one for her birthday this year. It seems she shares a birthday with the man behind Sixteen Candles, the late John Hughes, and posted a flashback photo with him alongside the caption, “Thinking about John Hughes and this birthday we share. I like to imagine him somewhere making the best mixed tapes.”

It’s like it’s 1984 all over again. Waiting on Jake Ryan to arrive in his stunning sweater vest to help Ringwald blow out her candles.

More Like This
Bindi Irwin Says Her Daughter Is Totally Captivated By Old 'Crocodile Hunter' Videos
Drew Barrymore Proves She's Always Been Relatable In This Adorable Throwback Video
It's Official: Lilibet Will Meet Queen Elizabeth In Person For The Very First Time
Why Prince Harry Feels Lucky To Be A "Father With A Platform"