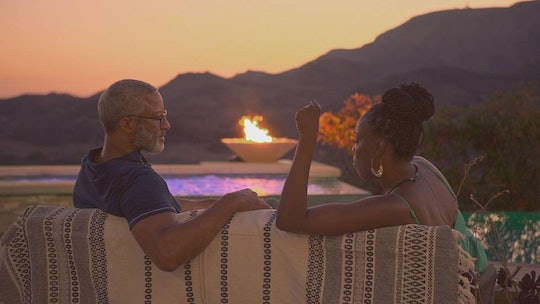 There’s a new and fun dating show coming out in which the kids play the matchmakers for their parents! Created by The Office’s Greg Daniels and his daughter, Haley, My Mom, Your Dad, follows a group of single parents who were nominated by their adult kids (college-aged, to be exact) to get back into the dating game and give love a another chance. The father-daughter duo are the executive producers.

My Mom, Your Dad Premieres In January 2022

Hosted by Insecure star and Emmy-nominated actress and comedian Yvonne Orji, Season 1 of My Mom, Your Dad premieres on Jan. 13 on HBO Max. Sam Dean from Love Is Blind will be the showrunner.

“Created by a father-daughter duo who represent the two-generational perspectives in the show, the concept of My Mom, Your Dad is heartfelt, hilarious, and cringeworthy,” HBO Max’s Jennifer O’Connell, EVP, Non-Fiction and Live-Action Family, said in a statement to Deadline. “Greg’s comedic brilliance with Haley’s original ideas, combined with the unscripted expertise of ITV Entertainment and the multi-talented Yvonne Orji is sure to result in highly addictive viewing.”

What’s It All About?

The ‘single but ready to mingle parents’ will all move into a house together and their adult children will watch their every move in a second house down the street through hidden cameras. Their kids will manipulate their encounters and one-on-one dates. They’re guaranteed to see their parents in a “new light.”

You Can Watch The Trailer Now

HBO Max dropped the first official trailer for My Mom, Your Dad on Jan. 7. “My mom misses all the red flags,” one daughter tells the camera, while one son says, “my dad’s dating skills are worse than I thought.”

The reality dating series gives off MTV’s Real World vibes and a twisted version of Parental Control for our millennial and up generations. Let’s just hope these adult kids don’t see anything they don’t want to see!