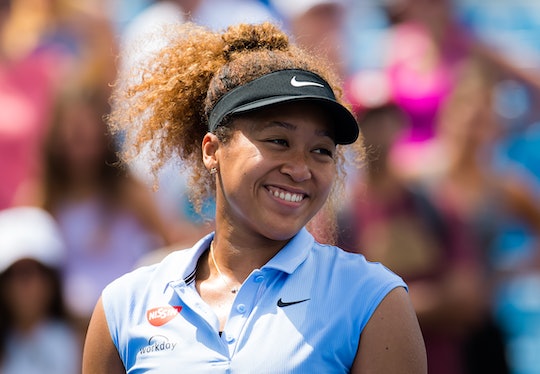 “I know that I have so much to look forward to in the future, one thing I’m looking forward to is for my kid to watch one of my matches and tell someone ‘that’s my mom.’”

When four-time Grand Slam champion Naomi Osaka withdrew from this year’s Australian Open, there were many questions in the tennis world. Mostly because she didn’t appear to give any sort of reason, just took to her social media to tell her followers, “2023 will be a year that'll be full for lessons for me.” Now the Japanese tennis player has offered a bit of a possible explanation behind her withdrawal. Osaka announced on Wednesday that she’s pregnant with her first child.

On Jan. 11, Osaka shared a sonogram photo alongside messages written in both English and Japanese. “The past few years have been interesting to say the least,” the 25-year-old tennis champion wrote on social media. “Can’t wait to get back on the court but here’s a little life update for 2023.”

Osaka went on to add that she finds “its [sic] the most challenging times in life that may be the most fun. This few months away from the sport has really given me a new love and appreciation for the game I’ve given my life to. I realize that life is so short and I don’t take anything for granted, everyday is a new blessing and a new adventure.”

A big adventure that will see Osaka being a first time mom this year. While she did not share details about her baby’s father, she has been dating Grammy-nominated rapper Cordae since 2019.

Osaka, who wrote a children’s book in 2022 called The Way Champs Play, continued, “I know that I have so much to look forward to in the future, one thing I’m looking forward to is for my kid to watch one of my matches and tell someone ‘that’s my mom,’ haha.”

Fans were quick to take to Osaka’s social media feed to offer their well wishes, including Halle Bailey who wrote “Congratulations!” and Jenna Fischer who added, “What! Omg! Congratulations!”

The tennis player did not share details of her due date or the baby’s sex, but she did tell fans that she would return for the 2024 Australian Open and even offered a little dose of inspiration as a side note, “I don't think there's a perfectly correct path to take in life, but I always felt that if you move forward with good intentions, you'll find your way eventually.”

This expectant mom has clearly found her way with good intentions. How life is about to change.