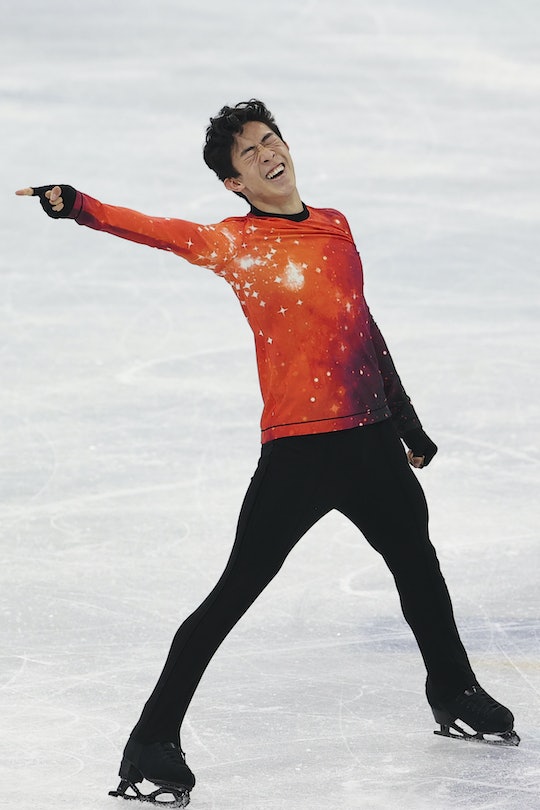 The 22-year-old figure skater made history when he won Olympic gold.

Nathan Chen has done it. He has won Olympic gold. He is the first American figure skater to bring home a gold medal for his country since Evan Lysacek in 2010. And he is just 22 years old. Of course, this isn’t his first Olympic medal. He won a bronze medal at the 2018 Winter Olympics, before taking the Olympic Games in Beijing, China by storm. Oh, and let’s not forget he is also a student at Yale University when he’s not skating. So where does he get all of that energy? I suspect it might be from his family, who have supported him every single step of the way.

Chen’s near-perfect skate in the Men’s Singles figure skating event earned him his very first Olympic gold medal. His win makes him only the seventh American man to ever stand on the top of the podium at the Winter Olympics. It was a long journey for him to get to that podium, and he would never have made it without his parents cheering him on at home. It must have been an especially emotional moment for them both, as their son won his gold medal in their home country. Nathan was pretty emotional, too. (Who can blame him?)

Nathan’s father Zhidong Chen is a medical researcher who grew up in a small town in China, while his mom Hetty Wang was a medical translator who grew up in the very city where Nathan will next compete, Beijing. The couple emigrated to Salt Lake City, Utah the year before Nathan was born in 1998, and have since raised their three sons and two daughters there. The couple have always supported Nathan’s figure skating dreams, although they did tell ESPN that the emphasis in their home has always been education over sports. “An athlete can only stay in a career for a very short time. Education can last a lifetime.”

Considering Nathan started skating when he was just three years old, as seen in an adorable video from NBC Sports, it does sort of seem like he has already been in the sport for a lifetime.

Alice Chen cheers for her brother.

Alice Chen is the oldest of the five siblings, and she is nothing if not completely proud of her little brother. “I'm the oldest, so he'll always be my baby brother,” Alice Chen, Nathan’s oldest sister, told TeamUSA.org. “It's been so incredible watching him grow into both the person and the athlete he is now. He's so strong in every aspect of the word, and I'm really, really proud of how far he's come and how far he'll go.”

Much like all of her siblings, Alice herself is pretty impressive. She has worked in the social media departments of Hello Sunshine, Reese Witherspoon’s Book Club, and currently Apple News.

Nathan’s sister Janice is just as impressive as her brother. A graduate of UC Berkeley, she now is the co-founder of Mammoth Bioscience, an organization “improving lives by reading and writing the code of life.” Janice even had her own TedTalk, which Nathan shared on Twitter in 2018 with the caption “my sister really did THAT!”

If not for Tony and Colin Chen’s interest in playing hockey, the world might never have seen Nathan Chen figure skate. “I get a rush of adrenaline,” Chen told Parade Magazine about the first time he went on the ice after seeing his brothers play hockey. “I want to do it again and again. That definitively has made me super passionate about skating.”

Tony and Colin both seem to keep a low profile on social media, but you can be sure they are both following their brother in Beijing. Especially since it’s such an important city for their family.

Competing In His Mom’s Hometown

Competing in Beijing is significant for Nathan Chen.

The 2022 Olympics in Beijing are especially important for Nathan, considering it’s his mom Hetty’s hometown and he has strong memories of visiting there as a kid. “I remember going to the Beijing Zoo. So like every time when we're driving from the (Olympic) Village here,” Nathan told Reuters. “I see the Beijing Zoo and am like, ‘Oh, I was here when I was 10.’ So it's kind of cool to be able to see that. Also just hear stories from my mom growing up in Beijing and being like, ‘Wow, you know, I'm here.’”

Nathan’s parents and siblings might not have been able to be in Beijing to see him skate on Feb. 10 and win gold due to Covid-19 travel restrictions, but you can be certain they’ll all be watching from home, cheering him on as they always have.

More Like This
The Summer I Turned Pretty Is A Beautiful Coming-Of-Age Story For Teens & Parents
Meghan Markle Calls On Men "To Be Vocal" In The Aftermath Of Roe v. Wade Ending
Ginger Zee Had A Perfect Response After A Troll Asked Her "Who's Raising Your Kids?"
Chris Pratt Says He "Cried" About That "Healthy Daughter" Instagram Post Controversy

This article was originally published on Feb. 4, 2022