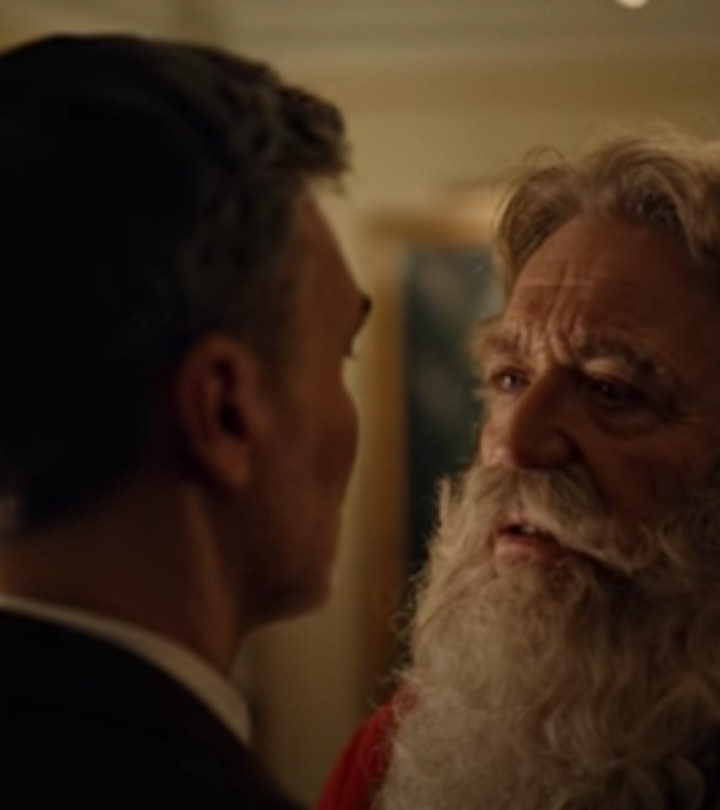 It has been 50 years since homosexuality was decriminalized in Norway. Only 50 years since a person could be put in jail for loving who they love. The postal service in Norway wanted to acknowledge that milestone as it gears up for the holidays, and what better way to honor progress than with a new ad featuring Santa Claus in a gay love story?

If you thought gay holiday rom-coms on streaming services would get you emotional, truly they have nothing on this gorgeous ad.

Posten Norway shared a new festive ad called “When Harry Met Santa,” and opens with a man named Harry finding the man in red in his living room. Santa flees, but the next year he hangs out for awhile, watching Harry sleep and teasing him as he snores. What follows is a montage of the two men spending time together one night a year, getting closer and closer even as Harry struggles with the loss of the man he loves at the end of the night.

Then he writes a letter to Santa himself, saying “All I want for Christmas is you,” and signing it with a heart.

Santa gets his own gay love story in a new ad.

You really should watch it for yourself, and see how the Norwegian postal service comes to the rescue in the name of love. The message at the end of the hopeful ad reads, “In 2022, Norway marks 50 years of being able to love whoever we want.”

“The tradition has been to look at Christmas with a slight slant in the previous two years,” Monica Solberg, Posten’s marketing director, told LGBTQ Nation. “Posten is an inclusive workplace with great diversity, and we would like to celebrate the 50th anniversary with this fine love story. In last year’s campaign, Santa was angry at Norway Post, which took away from him the ‘business’ – this year, Santa is happy that Norway Post can relieve him a little, so that he can be with the one he loves.”

The ad has received an overwhelmingly positive on social media, with Twitter users writing messages like, “This is absolutely delightful: Norway celebrating 50 years of the decriminalisation of homosexuality with a perfect gay love story with Santa…” and “Norway just made me cry. Watch until the end and if you have something mean to say just dont. Love is love.”

Perhaps the loveliest note came from Mats Strandberg, whose husband starred in the commercial. “YOU HAVE TO WATCH THIS! Norweigan post office, @postennorge has done an amazing Christmas campaign to celebrate that in 2022 it's 50 yrs ago that homosexuality was decriminalized in Norway. It's an amazing short film, featuring my husband Johan Ehn.”

A beautiful reminder that love truly is love. And everyone needs it. Even Santa.

More Like This
Scott Calvin Is Ready To Retire In The Santa Clauses Series Coming To Disney+
Zaya Wade Is Rocking New Long Hair & As Gabrielle Union Put It, She's A "Vision"
20 Scary (But Not Too Scary) Movies For Kids
The Hocus Pocus 2 Soundtrack Is A Spooky Mix Of Old & New