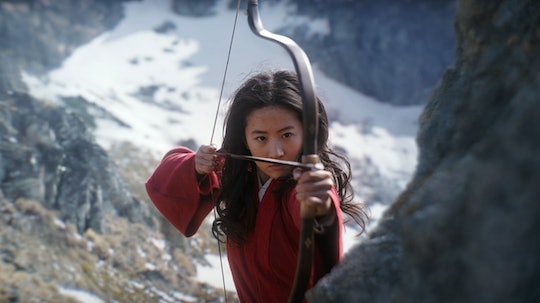 You Can Finally Watch The New Mulan For Free On Disney+

The wait is officially over!

The release of Disney's new live-action Mulan had been pushed back and adjusted multiple times due to the ongoing pandemic, but finally families can watch it at home.That's right, the new Mulan is available to stream for free on Disney+.

As of Friday, Dec. 4, the new Mulan is on Disney+. To watch, you will, of course, also need to have a Disney+ account, which costs $6.99 a month. But with this monthly subscription, you will have access to thousands of titles from the Disney movie and TV catalog, right at your fingertips.

Disney previously announced that the new Mulan would be exclusively released on Disney+ on Friday, Sept. 4. But to watch the movie then, subscribers needed to pay an additional $29.99 to purchase it digitally.

"We're very pleased to bring Mulan to our consumer base that has been waiting for it for a long, long time, as we've had to unfortunately move our theatrical release date several times," Disney CEO Bob Chapek told The Hollywood Reporter in August.

In countries where Disney+ isn't available, The Verge reported that Mulan would eventually be released in theaters.

Disney originally planned to premiere Mulan in theaters on March 27, but the date was postponed out of an "abundance of caution" due the coronavirus pandemic. The release date was rescheduled for July, but was again pushed back to premiere in theaters on Aug. 21. But, ultimately, as the number of coronavirus cases continue to rise in the United States, Mulan's release on Disney+ has allowed families to watch the movie safely at home.

The film, which is a live-action remake of Disney's 1998 animated movie of the same name, stars actress Liu Yifei as the titular character. In February, she told The Hollywood Reporter that she was happy to see people staying home and practicing social distancing, but was hopeful audiences could see the film soon. "People are doing the right thing," she told the news outlet. "They are being really careful with themselves and others. I'm so touched actually to see how they haven't been out for weeks. I'm really hoping for a miracle and that this will be over soon."

In addition to streaming the live action version, you can also introduce your little ones to the OG Mulan on Disney+ right now.

Don't have Disney+? Click here to learn more about a subscription.

This article was originally published on Aug. 5, 2020