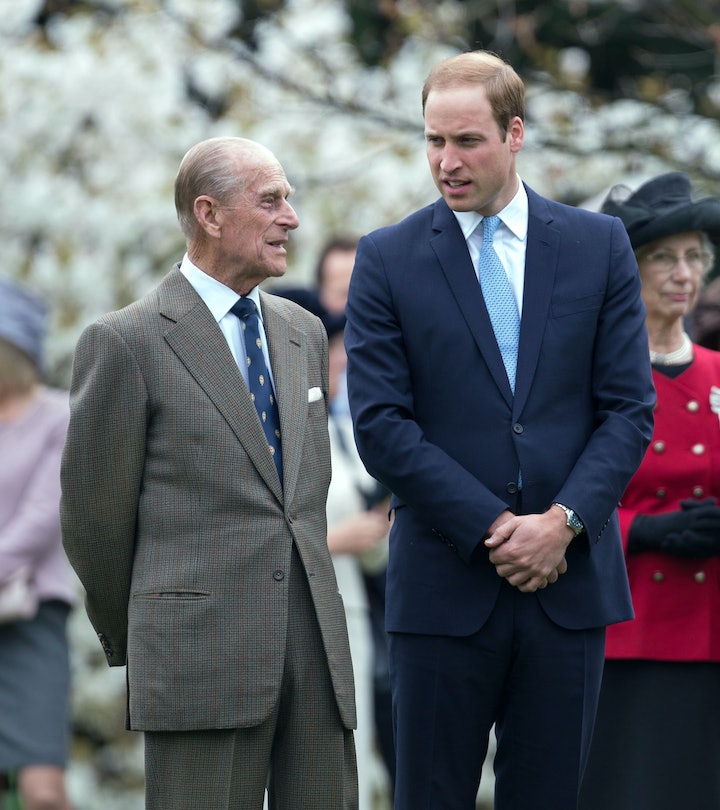 Prince Philip, the beloved husband to Queen Elizabeth II, died at 99 years old late last week. In the days following, people all over the world have continued to mourn the Duke of Edinburgh, including his own family members. Reading Prince William’s tribute to Prince Philip, posted to Instagram on Monday morning just days after his grandfather’s death, is so touching.

The Duke of Cambridge broke his silence since Prince Philip’s death for the first time on Monday morning, taking to Instagram to share a new photo of his grandfather and oldest son, Prince George taken by wife Kate Middleton, accompanied by the sweetest statement.

“My grandfather’s century of life was defined by service — to his country and Commonwealth, to his wife and Queen, and to our family,” Prince William wrote in the caption of the post. “I feel lucky to have not just had his example to guide me, but his own enduring presence into my own adult life — both through good times and the hardest days. I will always be grateful that my wife had so many years to get to know my grandfather and for the kindness he showed her.”

Prince Philip was often seen as a “dependable presence” in the lives of his grandchildren, including Prince William, according to Town & Country. The Duke of Edinburgh was there for Prince William and Prince Harry after their mom, Princess Diana, died in 1997, according to Metro, and showed them a “tenderness” in the wake of her death.

Prince Philip also had a relationship with his great grandchildren, including Prince George. “I will never take for granted the special memories my children will always have of their great-grandpa coming to collect them in his carriage and seeing for themselves his infectious sense of adventure as well as his mischievous sense of humor!,” Prince William wrote.

Prince William’s younger brother, Prince Harry, also mentioned his grandfather’s humor in his own personal statement, released on Monday. “He was authentically himself, with a seriously sharp with, and could hold the attention of any room due to his charm — and you never knew what he might say next,” Prince Harry noted.

The brothers will reportedly be reunited at Prince Philip’s funeral on April 17, which will be held at St. George’s Chapel in the grounds of Windsor Castle, according to the BBC. The funeral will be “no fuss” and only limited to 30 attendees due to the coronavirus restrictions in England. This seems like something that Prince Philip would have wanted, according to Prince William, noting that he would have wanted them to “get on with the job.”

“My grandfather was an extraordinary man and part of an extraordinary generation,” he wrote in his statement. “Catherine and I will continue to do what he would have wanted and will support The Queen in the years ahead.”

“I will miss my Grandpa, but I know he would want us to get on with the job.”