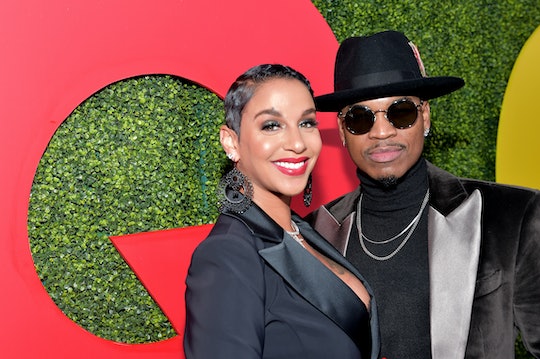 "Overjoyed to announce... the family is expanding."

Ne-Yo may be sick of love songs, but the love in his family keeps on growing. Over the weekend, Ne-Yo announced he's expecting his third child with his wife Crystal Smith with a sweet and steamy video on Instagram.

Ne-Yo, whose real name is Shaffer Chimere Smith, revealed the happy news on Instagram on Sunday, Feb. 21. "Overjoyed to announce... the family is expanding," the 41-year-old dad-to-be captioned a video of him caressing Smith's baby bump in the mirror while Major's "This Is Why I Love You" plays in the background.

"You ready baby? Let’s go!" the R&B singer and songwriter added along with the hashtags "#Number5, #5thandFinal, #BlessingsonBlessings." Ne-Yo and his wife, who've been married since 2016, are already parents to a 2-year-old son named Roman Alexander-Raj and a 4-year-old son Shaffer Chimere Jr. Ne-Yo also has a 10-year-old daughter named Madilyn Grace Smith and 9-year-old son named Mason Evan Smith with his ex, actress Monyetta Shaw.

Smith, a model and former reality TV star, also announced the exciting news on her Instagram. "This is why I love you," she captioned the same video Ne-Yo shared.

Two days before the pregnancy announcement, the couple celebrated their sixth anniversary. In a touching message to his wife on Instagram, Ne-Yo described their marriage as a "bumpy beautiful, tragically terrific ride full of twists n’ turns, up’s n’ down’s."

"We’ve grown so much. With the understanding that we’ve still got some growing to do of course, I have to acknowledge how far we’ve come," he wrote. "I think once we both realized that marriage isn’t ownership...but partnership, we found our tempo, our melody."

The couple's love story goes back to 2015 when they met during a business meeting and their relationship blossomed from there, as Ne-Yo shared with People during a 2020 interview. "From that first encounter, I knew there was something different about her, something special," Ne-Yo told the magazine last year.

While the couple hasn't shared if they know the sex of their baby, Smith did hint in a post on her Instagram Story that she's due in "Summer '21."

More Like This
Alec & Hilaria Baldwin Welcome Baby #7, And Revealed Her Cheerful Name
Chrissy Teigen Says Her Pregnancy Cravings Are "Comical At This Point"
27 Sweet & Strong Boy Names That Start With “S”
25 Baby Girl Names That Begin With D